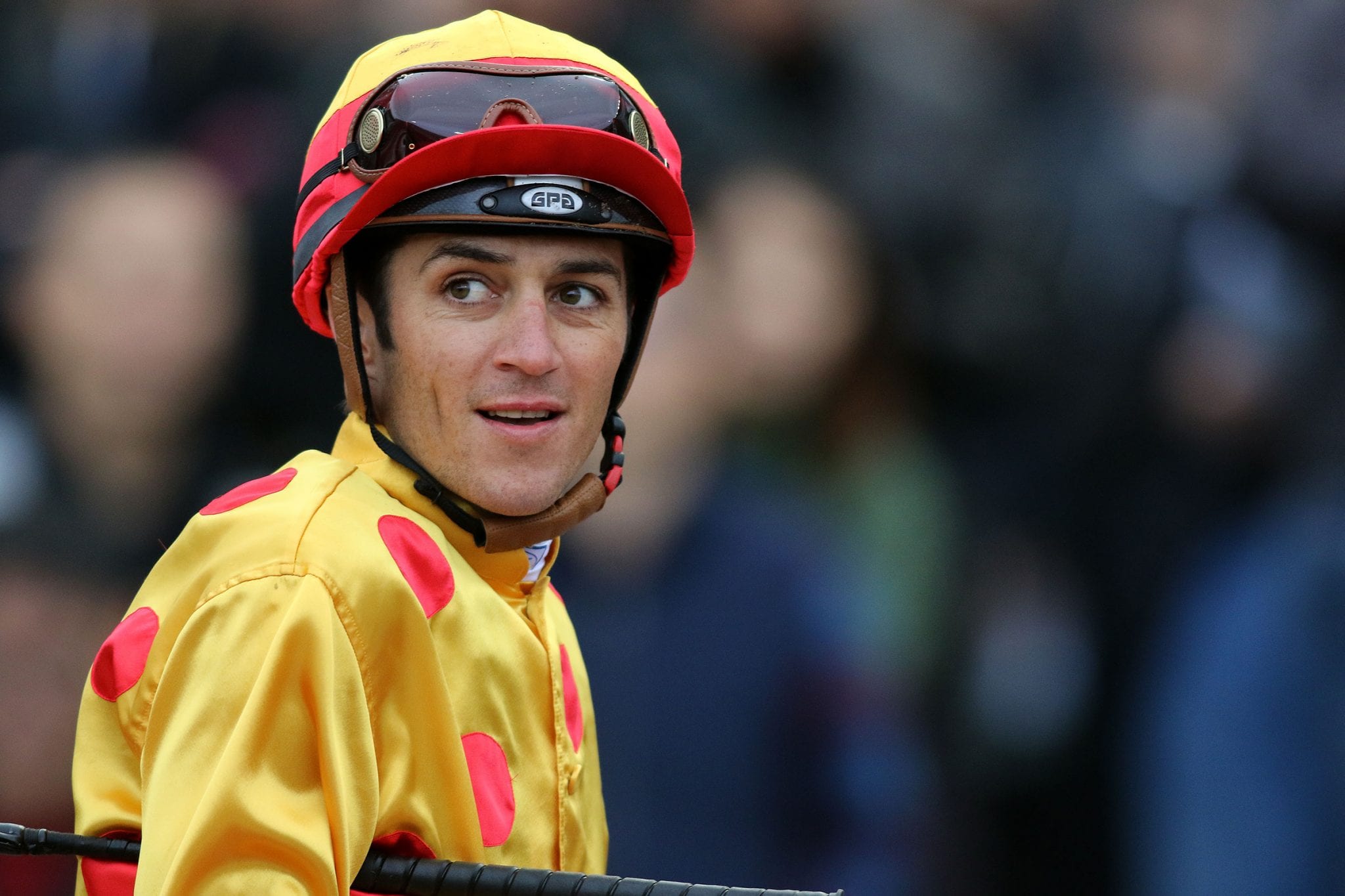 Sidelined from two of the most prestigious meetings in the world because of COVID-19, Belgian ace Christophe Soumillon is anxious to make up for lost opportunities – and time – when he resumes with a full book of rides at Sha Tin on Sunday (20 December).

Diagnosed with COVID-19 shortly before the Breeders’ Cup meeting at Keeneland on 7 November, the 10-time French champion surrendered winning rides on Tarnawa in the US$4 million Breeders’ Cup Turf.

Salting the wound, Soumillon also watched Order Of Australia – another confirmed mount – post an upset victory in the US$2 million Breeders’ Cup Mile.

Unable to gain clearance to leave quarantine as scheduled in Hong Kong because of health protocols, Soumillon then forfeited the ride on Normcore, who claimed the HK$28 million LONGINES Hong Kong Cup under Zac Purton.

Compounding the situation, Soumillon also lost the winning ride on Lucky Patch at Sha Tin at the same meeting.

But, exhibiting an attitude which has impressed his peers and Hong Kong Jockey Club officials, Soumillon is squarely fixed on future positives rather than pondering negatives from the past.

“I knew they (Normcore and Lucky Patch) were gonna run well, probably win. I was ready to see, even a bit, Admire Mars fighting with Golden Sixty. That didn’t happen,” he said after the Happy Valley trials Friday morning (18 December).

“But, anyway, I came here to try my best. I knew had some good rides. Last Wednesday, at Happy Valley, I lost five winners, so the same.

“I’m coming here to compete and do my best. Unfortunately, the rules are the rules.

“I get positively tested in the US.

“But some people are very sick and couldn’t get back well after getting the disease, so it doesn’t matter.

“I work enough to know that if I keep going like this, I will find other big winners in the future.

“I lost something, but I learnt different things so it’s gonna make me stronger at the end of the day.

“Hopefully I’m gonna get some good rides on some very good horses, that’s the target at the end.

“I just want to go back riding races, going to the winners’ circle and doing what I do best.”

Such is Soumillon’s appeal among owners and trainers, he is fully booked through 1 January, 2021, starting with a complement of 10 rides on Sunday.

“Really happy to get out of the bubble, finally I can do what I really love every day – riding horses and competing with other jockeys,” he said.

“Very excited to be racing on Sunday and my feelings are very good. I’m fit and well and ready to go.”

Proving every cloud has a silver lining, Soumillon has used the time in isolation pro-actively, building fitness and spending hours poring over replays and form.

“Because I was locked up for more than two weeks now, maybe three (weeks), I’ve had the time to look at the races properly and analyse every horse’s trackwork and the way they are improving a lot,” he said.

“It was quite good in that way.

“My first two race days are fully booked and it’s the same now until the first of January, so I feel a lot of good support from the owners and trainers.

“I just hope now I can do my job again, like I did before.”

Soumillon is hopeful Ballistic King is among his best chances to add to his tally of 110 Hong Kong winners in the Class 2 Bellflower Handicap (1400m).

“We didn’t have the best draw (barrier 9), but the horse looks in form,” he said.

“He got beat not far away the last few races, just hoping he can jump out of the gates quite well.

“He looks a bit of a one-paced horse but he looks in form. I think he’s going to run good.”

Synonymous with Hong Kong top-liners Viva Pataca, Bullish Luck, Good Ba Ba and Perfect Partner, Soumillon will belatedly start a two-month contract, grateful to be heading back into the fray.

“The opportunity is great, but unfortunately I got the disease,” he said.