Chris Munce To Star At Millions 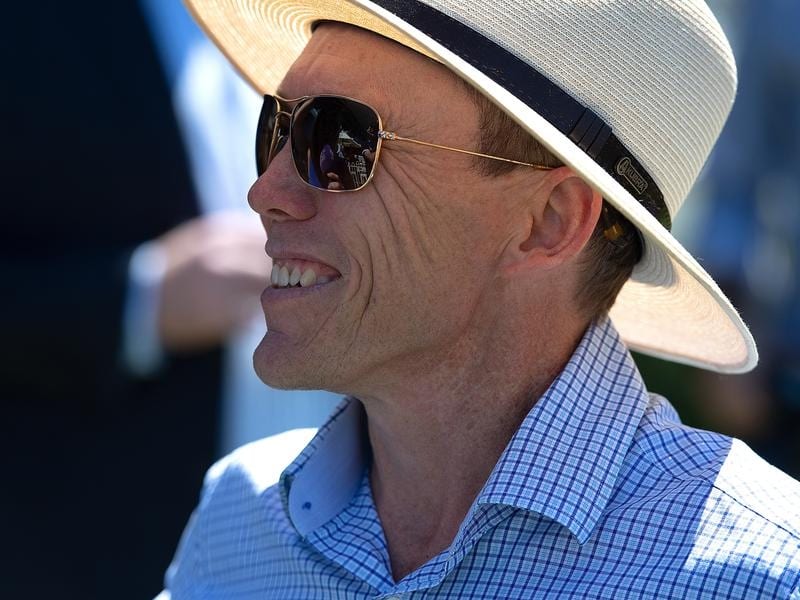 Skate To Paris is one of the cheapest horses in trainer Chris Munce’s stable but he believes she can be a big part of what he hopes is a successful Magic Millions day at the Gold Coast,

Before he turned to training, Munce rode a record three winners of the Magic Millions 2YO Classic.

He won’t have a runner in the Classic but will have three runners on Saturday’s program – Skate To Paris, Boomsara and Ours To Keep.

Skate To Paris charged home to win the Aquis Chinese Jockey Club Handicap at the Gold Coast on Saturday to confirm a start on Millions day.

“There are 29 entered for the mares races and 33 for the QTIS race so I will have to see which race suits her best,” Munce said.

“She had won only one out of her previous 15 starts but she had seven seconds. A lot of those were in Listed and Group company.”

Skate To Paris will join stablemates Boomsara (Magic Millions Guineas) and Ours To Keep (QTIS race) at the meeting.

Boomsara will start favourite in the Magic Millions Guineas after the withdrawal of Native Soldier because of injury.

“To be honest I would rather he was in the field. But we worry about our own horses and Boomsara has done well since winning Vo Rogue Plate,” Munce said.

Ours To Keep is on the comeback trail after claiming his first win for two years at Eagle Farm on December 22.

The gelding was unplaced as one of the favourites for the 2YO Classic in 2017.

“He is back in form and I think he can give Saturday’s race a shake,” Munce said.