Chris Munce Gets Back To His Day Job 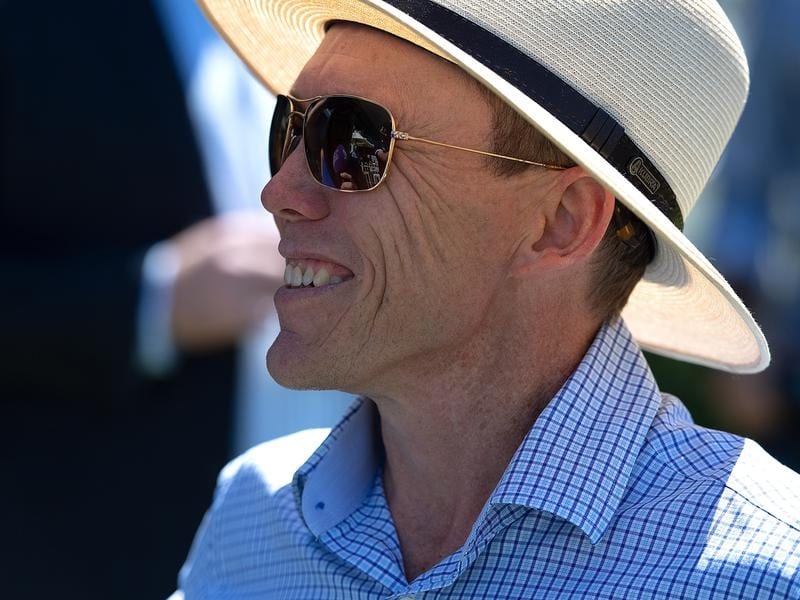 Chris Munce has returned to his day job ahead of the Doomben meeting after making a cameo reappearance as a jockey.

Munce rode 43 Group One winners during his long career in the saddle but has been training since January 2015 with plenty of success including a double at the metropolitan standard Beaudesert meeting on Wednesday.

He rode one of his horses, Washington Heights, in a jump-out on the Eagle Farm course proper on Tuesday.

Munce explained Washington Heights had been proving hard to load into the barriers and he wanted to get a feel for the horse.

It also gave him a chance to test the new course proper.

“I was really impressed. It was lovely to ride on and I think it is a track which will suit horses who need some give,” Munce said.

“You would have thought Stampe wasn’t in the trial. All everyone was talking about was Sun City,” Munce said.

“Stampe can go around but let’s see how he goes before we get too excited.”

Nikitas has gradually been getting back to the form which resulted in a second to Capitalist in the 2016 Magic Millions 2YO Classic but he has drawn the outside barrier on Saturday.

“He’ll have to run because he needs to progress to the Bernborough Handicap in a fortnight and then the Magic Millions day,” Munce said.

“It was a much better run last time so he is getting there and he does look generous odds on his best form.”