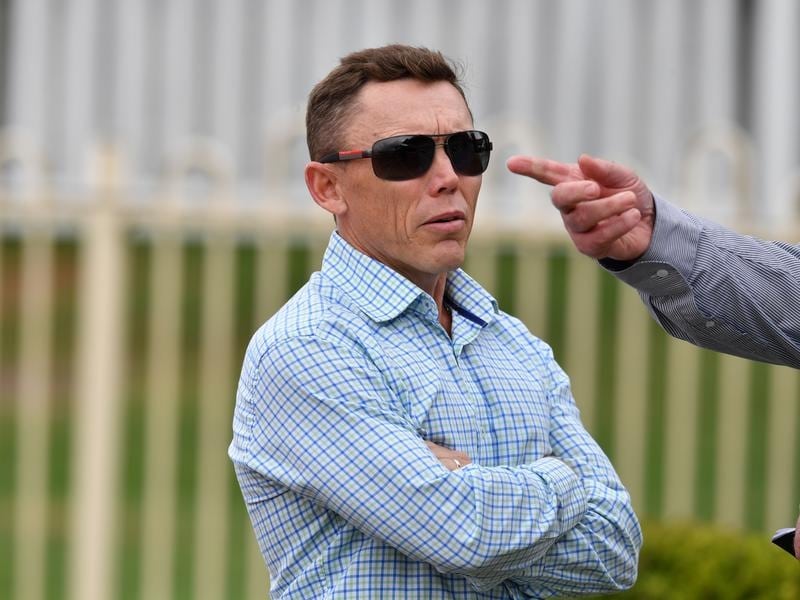 Trainer Chris Munce will again have a strong hand at Doomben on Saturday hoping to continue his success in early season two-year-old races in Brisbane.

A 43-time Group One-winning jockey, Munce has been training since January 2015 and has already clocked up about 160 winners.

He has had a steady stream of top early season two-year-olds including Champ Elect, Ours To Keep, Pony Power and Wicked Intent.

Munce hopes to have three runners across the two divisions of the juvenile races at Doomben on Saturday with The Carpenter entered in the colts and geldings race and Centrefire and Buckets Of Pride in the fillies.

“You never know with two-year-olds as they can be there one day and gone the next. But at this stage I hope to have all three of them running,” he said.

“They have gone OK in trials and are ready to get started.”

The Carpenter was second in his Doomben trial two weeks ago while Buckets Of Pride won a Doomben two-year-old trial last week.

Centrefire was well beaten in a trial but has shown ability on the training track.

Some strong recent trial results also have Munce hopeful he can carry on a legacy from the late trainer Kelso Wood.

Munce rode many winners for Wood who died last month after a long illness.

They combined with Sizzling to win multiple stakes races including the Group One TJ Smith (now J J Atkins) and the Group Two Queensland Guineas, Sires Produce and Champagne Classic.

When Wood closed his stables in May he recommended Munce take over some of his horses.

The famous cerise colours of owner David Devine, who races his horses with Neville Morgan, have found a new home in Munce’s stables, including a lightly raced son of Sizzling named Torriente, Nikitas, and Trevello.

All three have trialled well in recent weeks and had hit-outs at Doomben on Tuesday.

“Kelso was one of the best trainers I had the privilege to ride for. I rode countless winners for Kelso and his horses and they were always turned out in great condition,” he added.

“It is a privilege to get horses from him.”