Chouxting The Mob Impresses At Flemington 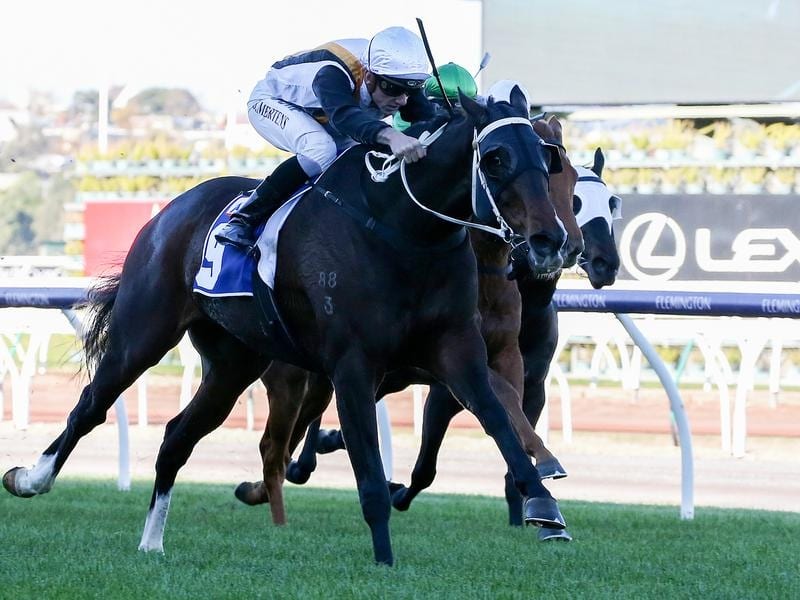 Chouxting The Mob has completed a winning hat-trick at Flemington with his trainer now looking to the first Tuesday in November.

Trainer Simon Morrish said the Lavazza Long Black, a support staying race at Flemington on Melbourne Cup day, was the logical option for Chouxting The Mob after his win in Saturday’s TAB/ATA Celebrates Women Trainers Handicap.

Chouxting The Mob was lining up for the 11th start of his campaign after having almost two years off the scene because of a cracked bone in a hind leg.

He now races with three screws in the leg and Morrish is mindful of how far he can push into winter with spring races approaching.

Saturday’s win was his fourth in his past five starts and follows victories at Sandown and Cranbourne.

“He’s gone through his grades well and is probably deserving of a better race,” Morrish said.

“I don’t know how good he is but he’s a real stayer.

“I think the style of racing suits him. He does nothing for the first 2000 metres and dashes home over the last 500 metres.

“You’d like to think the Lavazza Long Black would suit, or that other race (the Melbourne Cup), but we’ll see how far we press on.”