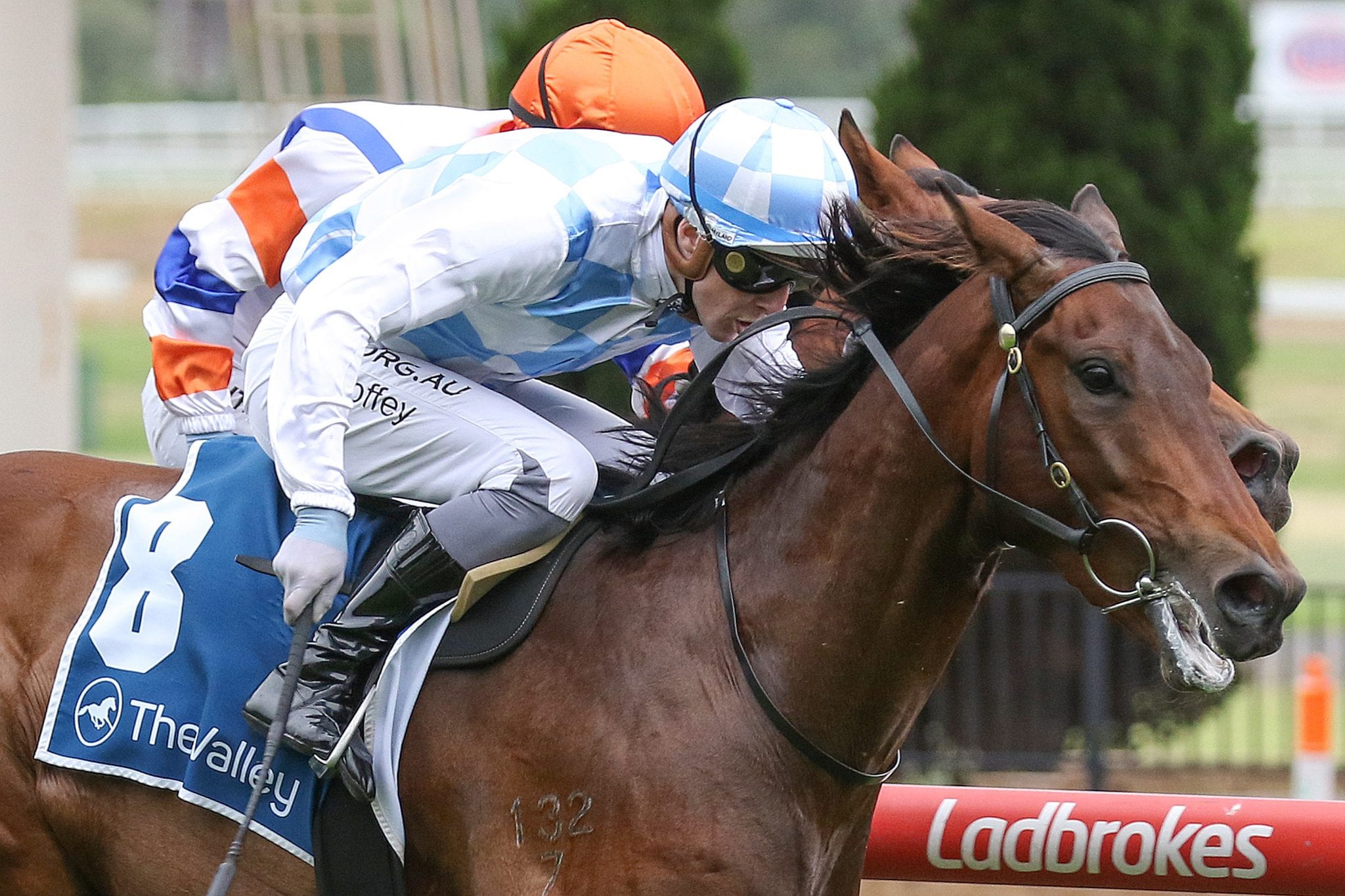 Amidst the hustle and bustle of another busy morning at Waikato Stud, principal Mark Chittick was pleased to be able to sit down and catch his breath as he reflected on another stellar 48 hours for the iconic Matamata nursery.

Three-year-old filly Zee Falls started the ball rolling when she became the third individual stakes winner for ill-fated stallion Sacred Falls when taking out the Group 3 Wellington Stakes (1600m) at Otaki on Thursday while leading sire Ocean Park claimed a notable double at Moonee Valley on Saturday with Ocean Beyond maintaining his unbeaten record with victory in the Listed McKenzie Stakes (1200m) after Ocean’s Thirteen made it career win number five earlier in the day.

When you are in the business of producing racehorses that can win at all levels across a variety of racing jurisdictions, those are the results that stoke the competitive fires for Chittick at the busiest time of the year. “It’s a bit of a quieter morning than we’ve had for the past few months so it’s good to be able to sit down and relax a little,” Chittick said. “I think we have three mares to serve today and only one mare left to foal so that takes a little pressure off compared to the level we have been operating at up until now.

“Our stallions have all gone really well this season and I think we will have served over 600 mares when we get finished. “We’ve been supported really well across the board although I think the thing that stands out to me is the quality and depth of book that Super Seth has got in his first season. “Off the top of my head he has served mares like Lucia Valentina, Bonneval, Daffodil and Chandelier (dam of Mo’unga) and that quality just travels right through his book. “We’ve supported him with our own mares and it is a big job when you take on a horse like him, but from day one when he won the Caulfield Guineas (Group 1, 1600m), we were extremely passionate about him.

“Now we are getting to the end of his first season I think I’m even more passionate about him as he is just a beautiful individual to work with, he has extremely good fertility and he has matured and developed while being extremely busy.” One of the Stud’s mares that is safely in foal to Super Seth is Group 2 Tranquil Star (1000 Guineas Prelude) (1400m) winner Acting who has returned to New Zealand in search of an elusive Group 1 prize before she heads to the matron’s paddock.

“Acting was supposed to kick off at Otaki on Thursday but with all the rain we had we decided to hold off for a while longer,” Chittick said. “She’s already a Group 2 winner in Australia so to improve her position we are trying to get a Group 1 with her. “She’s back and in foal so we have ticked that box and now we want to tick that final Group 1 box with her. “She’s nominated for both the Railway (Group 1, 1200m) and Telegraph (Group 1, 1200m) so we are hoping she can do the job for us.”

While Chittick was delighted with the Ocean Park double at Moonee Valley he was just as chuffed for young trainer Daniel Bowman who prepares Ocean Beyond, having struck up a friendship with him when he was in New Zealand last year on a tour organised by New Zealand Thoroughbred Marketing. “We’ve developed a relationship with Dan Bowman who is a good young trainer and is passionate about New Zealand horses,” he said.

“He followed this horse through after he was passed in at the Ready To Run sale last year. “He’s a good guy to deal with and I spoke to him after the race yesterday and he was just bloody rapt. “We actually met him during a trainers’ tour last year and he spent some time with us when one of the tour days was postponed due to some inclement weather so I’m just thrilled to see him going so well.”

While Chittick can afford to take a small breather as the breeding season comes to an end for another year, just around the corner is the biggest week of the year for all commercial breeders, the annual New Zealand Bloodstock National Yearling Sale at Karaka in January.

“With Karaka on the horizon I’m feeling good about where we are at, as we have a very very good draft of really forward horses,” he said. “All of our horses have had a kind winter and an incredible spring so they are very forward as we move through their preps. “With all of the travel restrictions and the like we have still had excellent numbers of people on the farm to look at them and in some cases, they are coming back for their second and third visits. The comments have been very complimentary.”