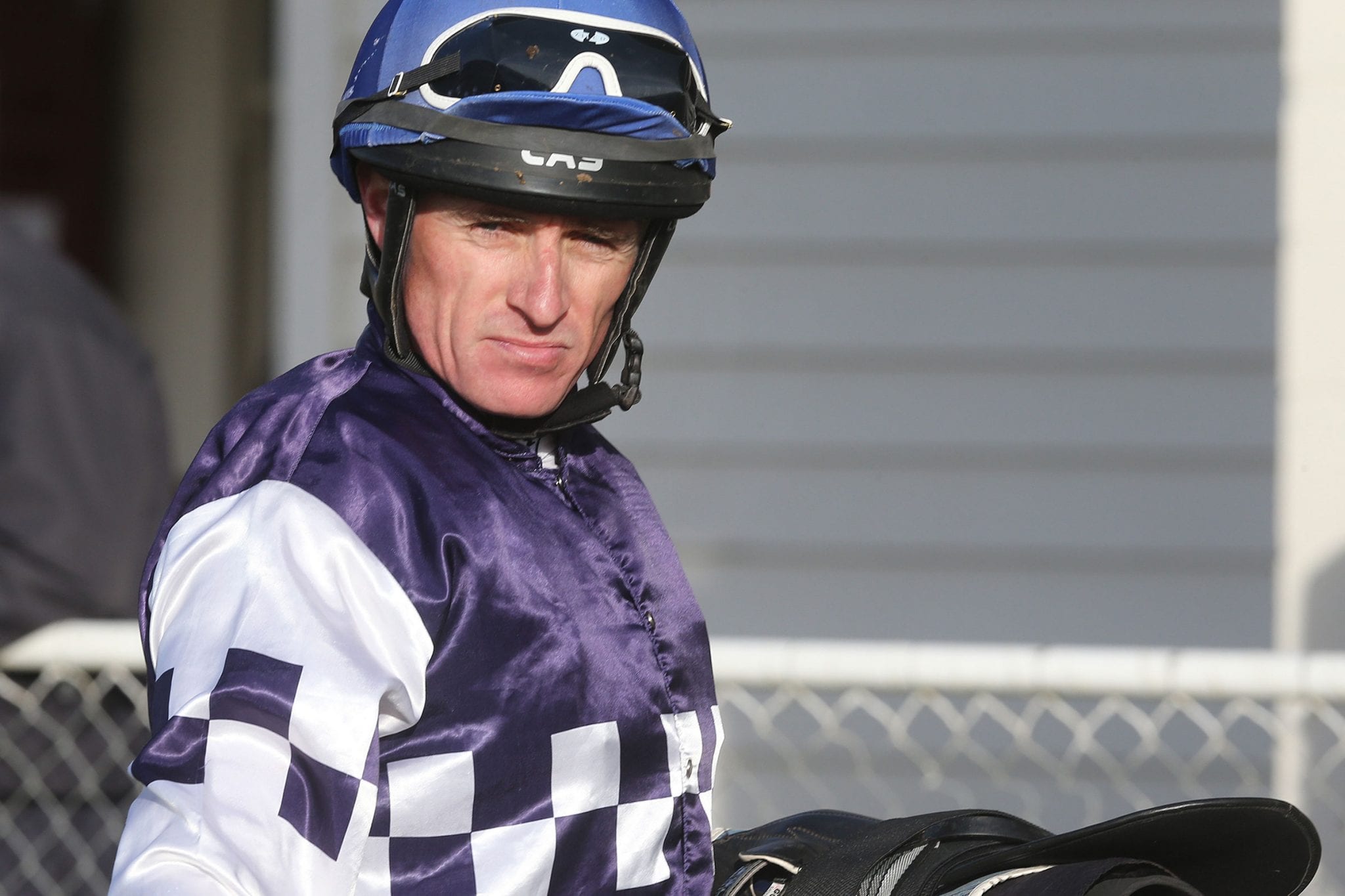 It’s been a little while between drinks, but New Zealand’s Clayton Chipperfield was back in the winner’s stall as a rider at Te Aroha on Sunday aboard Locally Sauced in the Yelavich Transport LTD 2200.

The Waikato hoop made a return to riding this year after a 15-year hiatus and he said the victory was made even sweeter by the fact his daughters were there to witness it.

“It was a big thrill and I had my daughters there with me,” Chipperfield said. “It was the first time they have ever been to the races to watch me ride, so it was a special day.

“They might have to come along all the time now.”

While pleased with the win, Chipperfield said he was surprised to see what his charge was paying on the tote.

Chipperfield said it was good to get the monkey off his back and he is hoping his next win won’t be far away.

“I was never worried about getting the win, it was just a matter of getting it,” he said. “It was always going to come in time, but it was good to get that one out of the way.

“Fingers-crossed I can get another one or two at Wanganui on Thursday.”

A decorated jumps jockey, Chipperfield now sits on 99 career riding victories, with a highlight being aboard Golden Flare in several feature jumps races.

“Golden Flare and I created history over the Ellerslie Hill, winning the Great Northern and the McGregor Grant double twice, which had never been done before, or since,” he said.

“I am hoping we can get Golden Flare to lead the northern field out this year, being the last northern at Ellerslie.”

Chipperfield decided to forego his training commitments earlier this year and has worked as a freelance trackwork rider at Cambridge since, which he has enjoyed immensely.

“I ride for three or four trainers every morning and get between 15 and 20 horses,” he said.

“It is really good and I am enjoying it. I am probably making more money now freelance riding than I was training, and one tenth of the stress.

“I am having a lot more time with the kids as well and more time to do things around the house as well rather than working 12-plus hour days and falling asleep on the couch at night.

“It is much more enjoyable.”

Chipperfield regularly rides the Margaret Falconer-trained Wordsworth in the mornings and he was delighted to see the rising five-year-old win the SVS Starting Gates Mile (1600m) at Te Rapa on Saturday.

“He is a lovely, big horse, and he has been working really well. I was pleased that he got up and won,” Chipperfield said.