Childs Rapt With Written By After Gallop 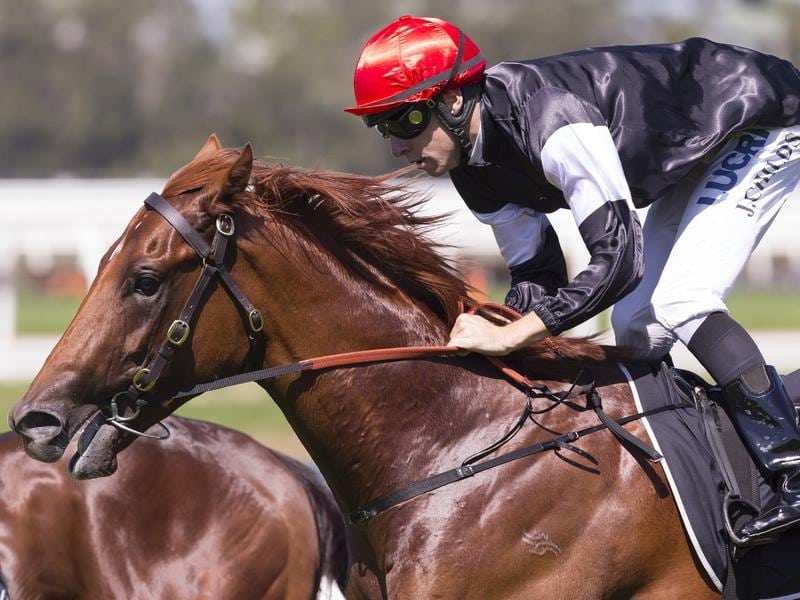 After a few weeks of waiting, Jordan Childs has been thrilled to get the chance to reunite with Blue Diamond winner Written By in a gallop at Sandown.

And the jockey is suitably impressed.

The Grahame Begg-trained Written By gave Childs the first Group One win of his career in the Blue Diamond Stakes (1200m) at Caulfield in February.

Childs also rode the colt to wins on debut at Sandown in December and the Blue Diamond Prelude and Todman Stakes in the autumn before Written By finished fourth in the Golden Slipper.

Three-year-old Written By has the Group One Coolmore Stud Stakes (1200m) at Flemington in November as his major spring aim and took another step towards his race return next month with a gallop at Sandown on Friday.

It was the first time since Written By returned to work in June that Childs had been back aboard.

“Every time I saw Grahame I kept asking when I was going to get to come and ride him,” Childs said.

“He kept saying ‘be patient’ but then I got to ride him on Friday.

“He just looks like he’s strengthened up a lot.

“Not that he did a lot in the gallop but he was just floating underneath me. I think he’s going really well.

“Definitely after getting back on him it’s got me pretty excited.”

Written By is expected to resume in a non stakes race for three-year-olds next month before the Blue Sapphire Stakes at Caulfield and the Group One Coolmore Stud Stakes at Flemington third-up.

Childs believes Written By is shaping up well.

“After seeing him and how much stronger he has got, I think he should be in for a good spring,” he said.

Childs is also setting himself up for a good spring with two winners at Flemington on Saturday.