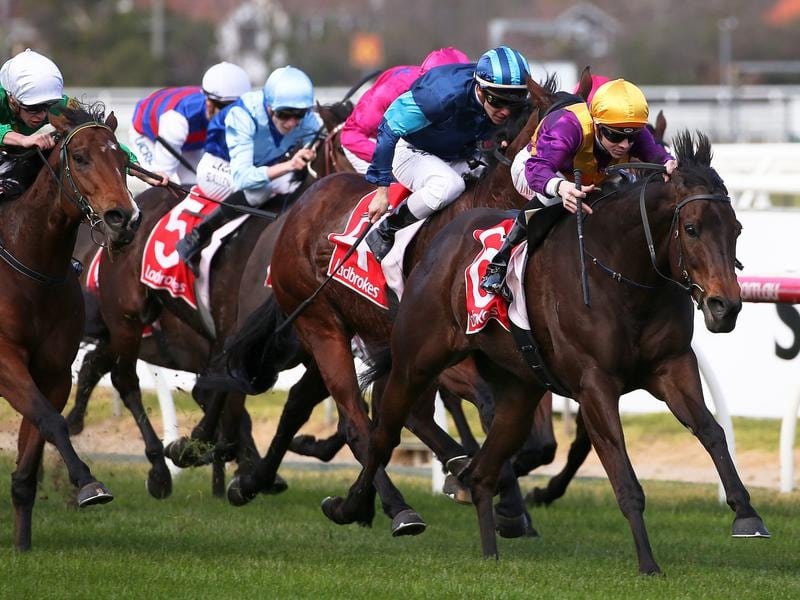 Chiavari has finally broken through for her maiden success at Caulfield and in doing so landed a betting plunge.

The Nick Harnett-trained mare won the Ladbrokes Multiverse Handicap after being supported from $20 into $9.50.

Ridden by Jye McNeil, Chiavari held off a late challenge from Mariquita ($18) to score a three-quarter length win with Moonlover ($9) a long head away third.

Chiavari had raced at Caulfield on 13 previous occasions, for four placings, and Harnett said the mare had been unlucky on a number of occasions against better company than she met on Saturday.

“She’s run some very good races here against some good horses in stakes races, so it’s good to see her breakthrough today,” he said.

Harnett, a former champion jumps jockey, trains at Pakenham having shifted to a 20-acre property at Garfield, five minutes from the racecourse.

He said it suits his training style and is much quieter than the bigger training centres of Caulfield and Cranbourne.

“I wish I had a few more like her,” Harnett said of his stable star.