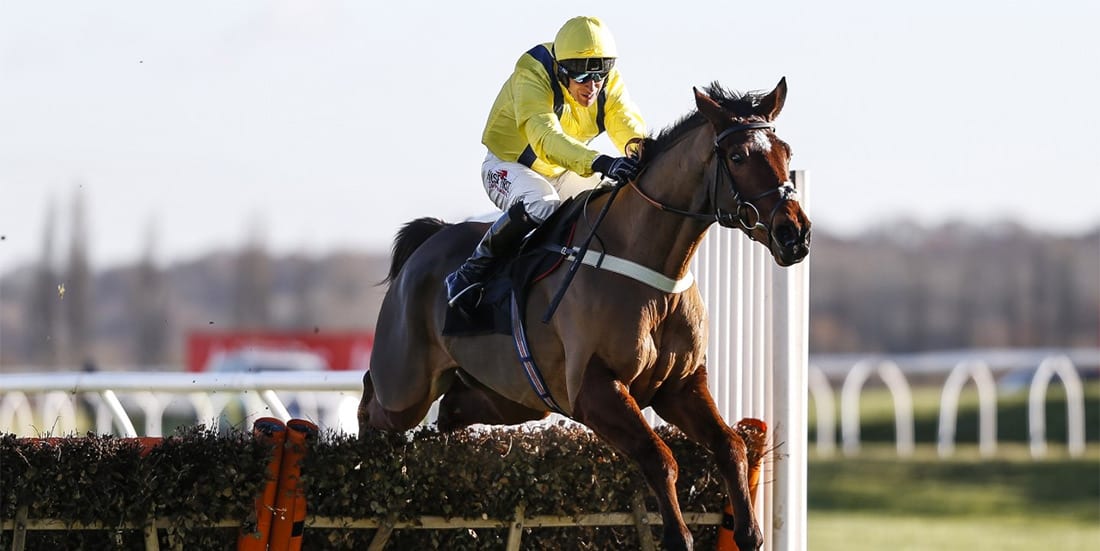 There is a saying in racing that you should always forgive a horse one bad race. That is pertinent for Lostintranslation, which is the main tip for the final day of the 2020 Cheltenham Festival in the Gold Cup (15.30 GMT). The horse ran a stinker in the King George VI Chase at Kempton on Boxing Day, but before that dismal effort he ticked all the boxes for a potential winner of the blue riband of chasing. Lostintranslation is the selection at +650 with BetOnline to win the Gold Cup.

The biggest danger could be Al Boum Photo, which won the race last year. Winning back-to-back Gold Cups is rare. It is one of the most taxing steeplechases on the calendar and being in contention can bottom a horse. The last winner in consecutive years was Best Mate, which prevailed in 2002, 2003 and 2004. Kauto Star is the only horse to reclaim the Gold Cup, which he won in 2007 and 2009.

Al Boum Photo’s Gold Cup win was achieved in decent style and he will be on the premises again. Santini has all the makings of a Gold Cup winner and Delta Work has solid credentials. However, Lostintranslation has had wind surgery since the King George and can put that race behind him in the best possible style by winning the 2020 Cheltenham Gold Cup. Bristol De Mai can outrun the odds and make the frame for the second time.

The popularity of Gold Cup day with the betting public is reflected in the fact that all seven races on the card are in the top 20 races for stakes in the UK. The Triumph Hurdle (13.30 GMT) is the opener and a race that could give favourite backers a good start. Goshen has produced the best rating, but the form is questionable. The top performance from a juvenile this season was the win by Solo at Kempton last time. Aspire Tower has the best form of the Irish contingent, but Solo must be backed at +333.33 with BetOnline to win the championship race for hurdlers aged four.

The Albert Bartlett Novices’ Hurdle (14.50 GMT) is the other Grade 1 race on the final day of the Festival. It’s a contest over the best part of three miles and a demanding challenge for horses that are relatively inexperienced over hurdles. Thyme Hill has the best Timeform figure and is a Horse In Focus because he received a positive report from his last race. Harry Senior and The Cashel Man are respected and Monkfish is a contender from Ireland, but Thyme Hill was third in the bumper last season won by the very special Envoi Allen and looks the bet at +450 with BetOnline.

The Foxhunter Chase (16.10 GMT) is the amateur Gold Cup and the most prestigious race of the season in the discipline. It is akin to a veteran’s chase this year because some old stagers are declared to run. Hazel Hill is the defending champion but produced a poor round of jumping on his last start. Minella Rocco has been a Gold Cup horse in the past, while Don Poli has a similar profile and is a former Gold Cup favourite. The latter runner can cause an upset at +1800 with BetOnline. Southfield Theatre could plod around and make the frame at decent odds.

We are now left with three big-field handicaps which would be avoided on a normal day. However, punters cannot get enough of the betting on the Gold Cup card and the County Hurdle (14.10 GMT) is just the second race. There are 28 declarations for the handicap over two miles and one furlong. Mohaayad is the selection on ratings and the front runner can be backed at +1000 with BetOnline.

The Grand Annual Chase (16.50 GMT) over two miles and half a furlong can be another cavalry charge. It’s a handicap in name, but the range of weights makes it more like a conditions race. The terms and weight allocations give Capeland a good chance of winning the race for Paul Nicholls and Bryony Frost at a big price. The best odds for the horse are +2500 with BetOnline.

After the Conditional Jockeys’ Hurdle (17.30 GMT) closes the meeting there are only 362 days before the 2021 Cheltenham Festival, as long as the coronavirus has abated. The race is a genuine Get-out Stakes with 26 runners in a handicap. The riders are inexperienced and there is often a plot horse. It is best to keep it simple and back the top rated, which is Ecco at +3300 with BetOnline.