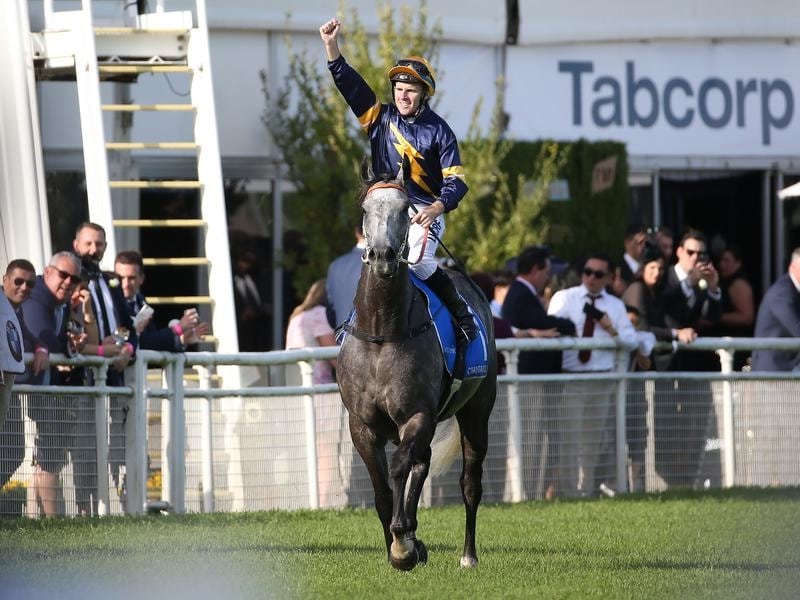 Chautauqua is scheduled to have a jump-out at Flemington this week, the first step in getting the champion sprinter reinstated to race.

The multiple Group One winner refused to jump from the barriers on four separate occasions in trials in February and March before being turned out for a spell without racing during the autumn.

He needs to barrier trial to the satisfaction of stewards twice before he will be allowed to return to the races.

“At the moment he’s got an embargo that he cannot race.

“He’s feeling pretty good and he looks a million dollars, but he’s got to jump out of the gates.”

Hawkes said Chautauqua had done everything “spot-on” leading up to his planned jump-out on Friday.

He said the plan was for Chautauqua to contest the jump-out at Flemington and then go to Sydney for an official barrier trial to try to get the tick of approval.

Chautauqua has amassed more than $8.8 million prize money with 13 wins and 11 placings from his 32 starts.

If everything goes to plan Hawkes indicated The Everest was a target for rising eight-year-old Chautauqua, who finished fourth in the race last spring.

“That would be the plan but we know we’ve got a few hurdles to jump yet,” Hawkes said.

“We’re not getting ahead of ourselves, but he’s as good as what we can get him.”