Chautauqua Gets Out In Flemington Jump-Out 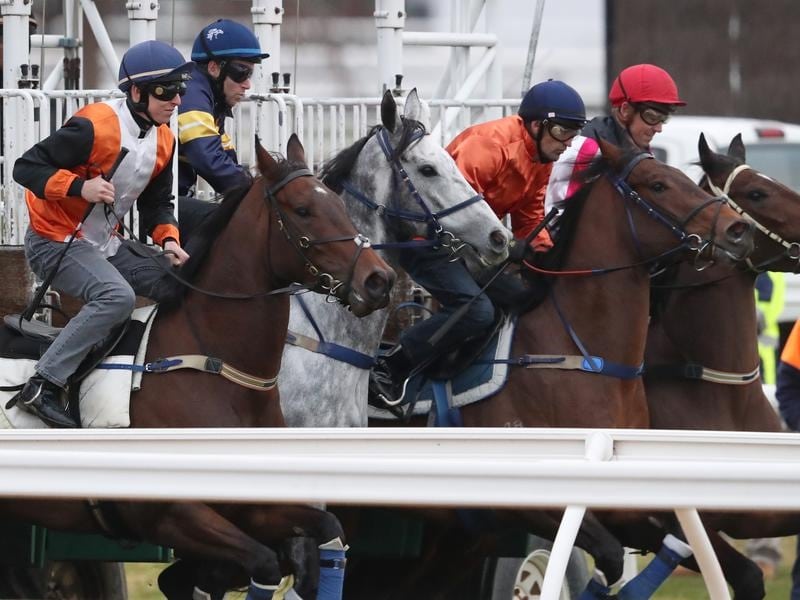 Chautauqua has taken the first step towards a return to the racetrack in a jump-out at Flemington.

Connections of the sprinter including co-trainers John and Wayne Hawkes, managing part-owner Rupert Legh and jockey Tommy Berry were relieved after Chautauqua jumped away in a four-horse jump-out on Friday morning.

Wayne Hawkes said he wasn’t interested in when Chautauqua would make a reappearance at the races and was intent on getting the gelding qualified again for a return to the track.

Friday’s jump-out, if ticked off by Racing Victoria stewards, means Chautauqua is still required to perform in an official trial before being allowed to race again.

Racing NSW stewards placed a ban on the gelding after he failed to jump in six trials.

He was given a reprieve after a special race day trial at Rosehill on August 25 when he was slowly away but tacked on to the field and finished second.

Although ruling it was not a satisfactory getaway, stewards agreed to give him another chance to perform in two trials.

Berry said Chautauqua stood in the gates for an extended period on Friday after one horse proved difficult to load and then its rider needed to adjust his irons before the start.

He said Chautauqua began as well as he had on previous race day occasions.

“He’s come out slower than that on race day, that’s for sure,” Berry said.

“He jumped like he normally would and had an easy time out the back.

“We weren’t out there to break any records.”