Chau has graduation in his sights, takes five rides at the Valley 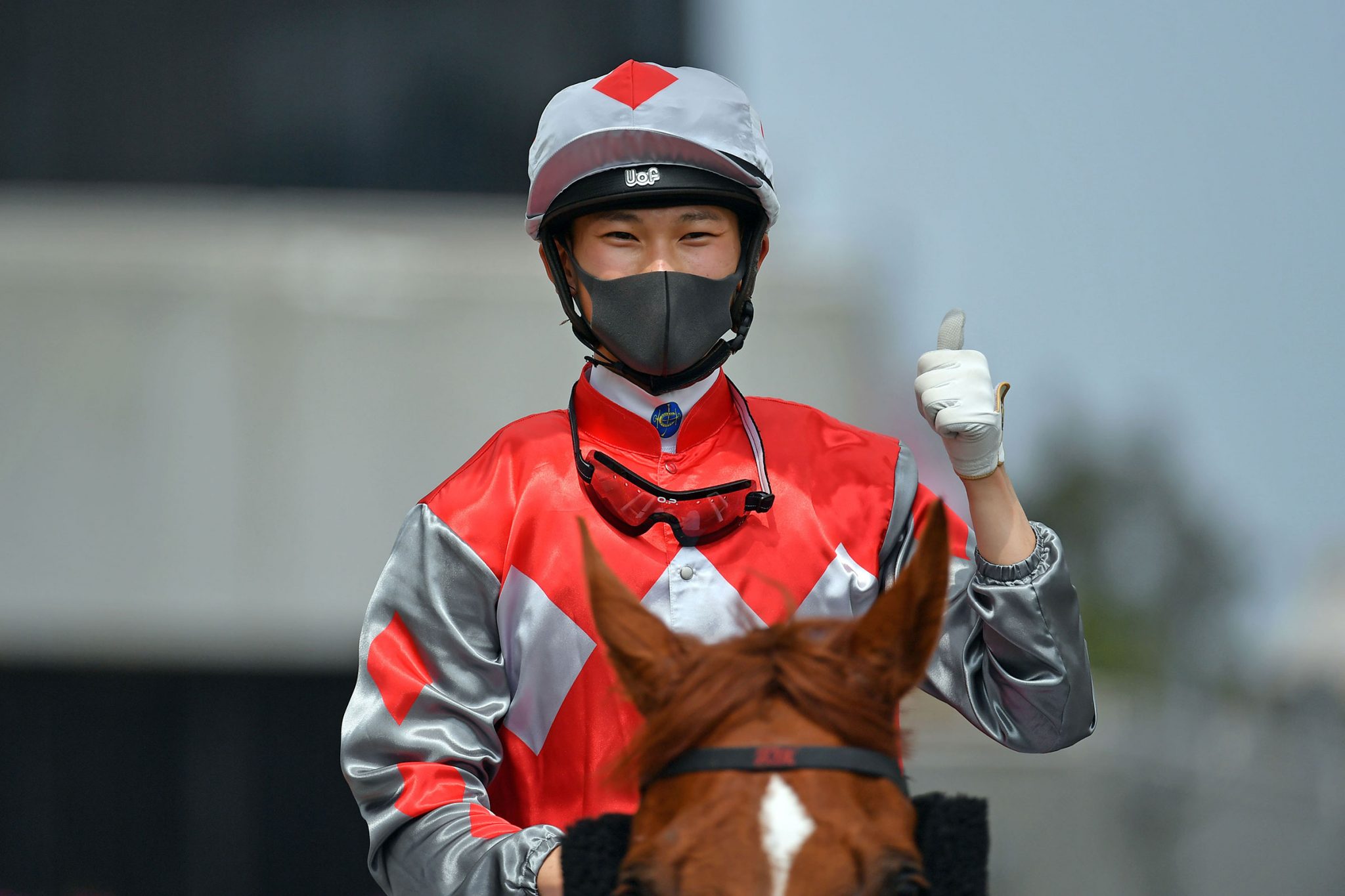 Closing in on that apprenticeship-ending victory, jockey Jerry Chau heads into Wednesday’s (22 September) eight-race fixture at Happy Valley only two wins away from his 70th career success, and while graduation looms, the 21-year-old remains unperturbed about the challenges that await him as a senior jockey in Hong Kong.

“I’m not feeling nervous or emotional about ending my apprenticeship, I’m just thinking of it as the next step for me and my career,” Chau said.

Taking five chances at the midweek card, Chau bolstered his career-haul to 68 in Hong Kong with two wins from his first two rides last Sunday (19 September) at Sha Tin.

“I have two wins to go, my apprenticeship hasn’t gone quick but it has definitely gone faster than I thought,” Chau said.

The apprentice teams with two last-start winners tomorrow for his master, Douglas Whyte, atop Noble Desire and Harmony Fire, respectively. Noble Desire tackles the Class 4 Moorsom Handicap (1200m) against 11 rivals and steps away from gate eight.

“Last season he was still a little bit green and still finding his best trip but at the end of last season I found he was more mature and more focused in his races – I’ve been very happy with his improvement,” Chau said.

The Hong Kong International Sale graduate was purchased by owner Vivian Tang for HKD$1.4 million out of the 2019 July Sale. He is now the earner of HKD$2.215 million across a 22-start career in Hong Kong after breaking through for a first win three starts ago.

“He just has to contend with the outside draw, however,” Chau said of the two-time victor.

The following race, Chau teams with familiar ally Harmony Fire in the Class 3 Clementi Handicap (1000m), bidding for a hat-trick of wins aboard the city circuit specialist.

“He has a very nice draw, he has gate two, he trialled very well the other day behind Stronger – I was really happy with his trial and I think he has a good chance,” he said.

The four-year-old has raced exclusively at the city circuit across his career, posting a trio of wins in total including an eye-catching success at his first try in Class 3 last start.

The son of Brazen Beau has shot up 24 points to a career-high mark of 76, positioning him close to a Class 2 berth. Tomorrow night he steps away from gate two against nine rivals.

Under the existing 70-win graduation system, Matthew Chadwick holds the mantle as the fastest to reach graduation, taking 472 rides, while Matthew Poon holds second with 650 rides and third is Vincent Ho, who reached the mark in 727 rides.

Currently, Chau has had 610 rides so far in Hong Kong and is staring down unseating Poon as the second-fastest in history to graduate.

After joining the Hong Kong Jockey Club’s Apprentice Jockeys’ School in 2015, Chau was sent on an overseas placement in 2019, honing his skills Down Under in South Australia indentured to leading trainer partnership Leon Macdonald and Andrew Gluyas in Adelaide.

“He’s (Leon Macdonald) a very good trainer, he’s very experienced and he knows how to teach apprentices, I learnt a lot from him,” Chau said. “I had some very good support there (in Adelaide) and Mr Macdonald gave me many opportunities.”

Chau returned from Australia with 77 wins and he kicked off his riding career in Hong Kong with a double on his first day in the saddle at Sha Tin.

Upon returning to Hong Kong, Chau was indentured to legendary jockey-turned-trainer Douglas Whyte. Whyte ruled the roost in Hong Kong with 13-straight championships as a rider, he is also Hong Kong’s winning-most jockey after retiring with an astonishing 1,813 wins to his name in town.

“He’s (Douglas Whyte) a very experienced rider here in Hong Kong, he knows everything about the tactics and how to ride better here, he has taught me so much,” Chau said of his master.

Whyte also holds the record for the most career prize money won by a jockey with over HK$1.5 billion netted.

Last season, Chau’s 58 wins broke the previous record set by Matthew Chadwick for the most number of wins scored by an apprentice in a single season.

Tomorrow night, Chau’s parents will be watching on trackside.

“They came on Sunday last weekend when I rode a double and they will come again tomorrow night,” he said.

Chau’s riding duties kick off in the first aboard God Of Dragon for Whyte, then in race four aboard Cheval Valiant, also for Whyte before his duties conclude aboard the Paul O’Sullivan-trained Harrier Jet in the finale.