Chapter And Verse To Prove His Worth 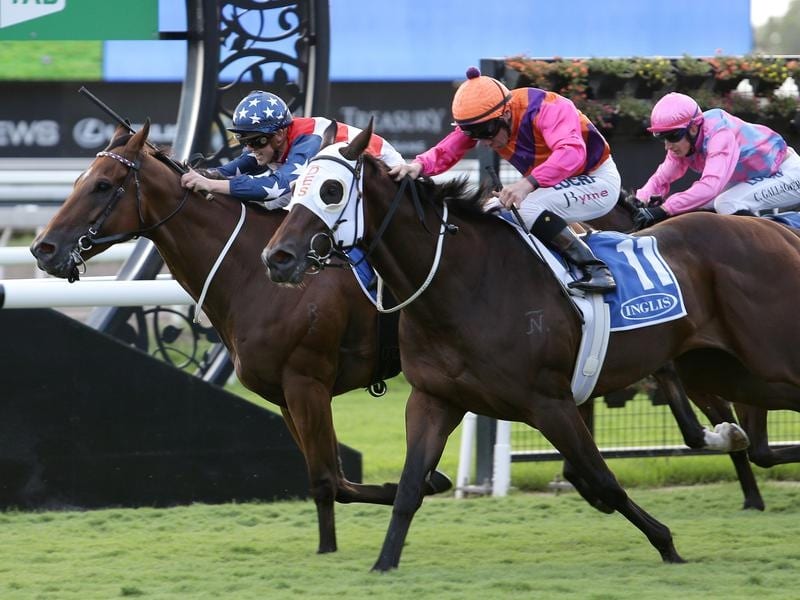 Trainer Desleigh Forster is hoping smart sprinter Chapter and Verse can confirm his rating as a genuine winter carnival horse in the $1 million Magic Millions QTIS Open at the Gold Coast,

Chapter and Verse has run second at his past two starts to boom galloper Cadogan who is Magic Millions Cup-bound.

At his most recent run Chapter and Verse came from last over 1400m at Eagle Farm.

Both he and Cadogan are being talked about as serious hopes for races such as the Group One Stradbroke Handicap which will be returning to Eagle Farm this year.

Chapter and Verse is raced by some of Forster’s staunchest supporters including former Brisbane Turf Club chair Mary Collier and her husband Anthony Vitanza.

“He drew very wide last time but ran a very fast 600 metre sectional. I think he is up to the Millions races but we will see where to go after the race which is usually strong,” Forster said.

“Chapter and Verse has drawn wide again so we are going to need luck.”

The Magic Millions QTIS race has been won by Buffering, Madotti and I’m A Rippa in its three runnings.

Apprentice Jackson Murphy has been Cadogan’s regular rider in his past three wins but is out with a hand injury.

“Brett has been riding up here of late and he knows the form,” Edmonds said.