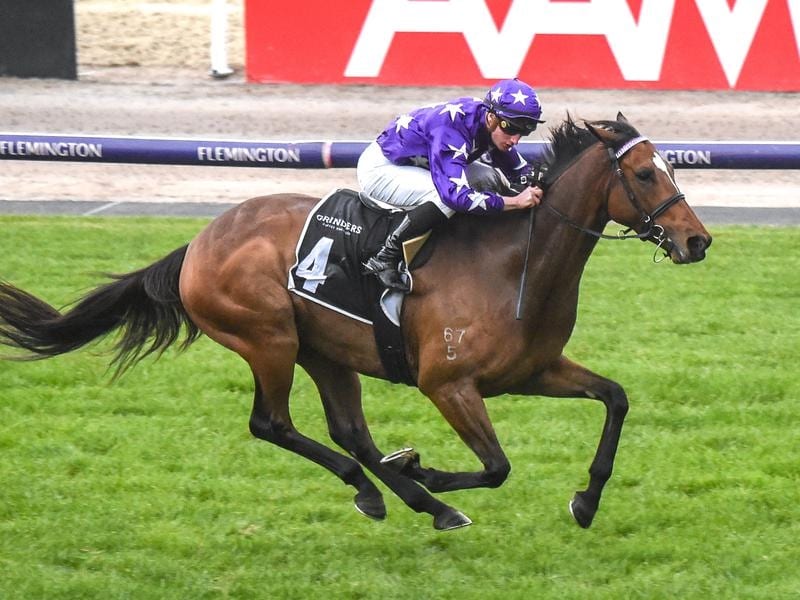 Now a fully furnished five-year-old, trainer Mike Moroney says it is time for Chapada to be competitive in the bigger spring races at years end.

In a bid to short-circuit the rush of qualifying for the Caulfield and Melbourne Cups, Chapada will attempt to win a ballot exemption for those races in upcoming starts.

First-up is the Listed Mornington Cup (2400m) on Saturday and a possible start in the Caulfield Cup while the way into the Melbourne Cup is via the Listed Andrew Ramsden (2800m) at Flemington in May.

Chapada has always shown staying promise. He finished third in the 2018 VRC Derby (2500m) but went almost two years without a win.

He eventually broke through over 2520m at Flemington last June and earned a start in last year’s Caulfield Cup, in which he finished ninth, by winning the Herbert Power Stakes (2400m) at Caulfield.

Chapada has returned in excellent order this preparation, finishing third to Homesman in the Group 1 Australian Cup (2000m) at Flemington at his last start.

“He’s a big bodied horse but now he’s really furnished properly and is at his best now,” Moroney told RSN.

“Some of those three-year-olds can get a bit lost at four, but he’s come back a year later and is starting to match up to what he was showing at three.

“I think a mile-and-half is his right trip, but at some stage we’ll try him at two miles.

“We’re pretty keen to have a real crack at the spring with him this year if we can.”

A field of 12 lines up in the Mornington Cup which sees Irish-bred import Mount Popa open +200 favourite with TAB ahead of Defibrillate (+600) and Nonconformist (+750).