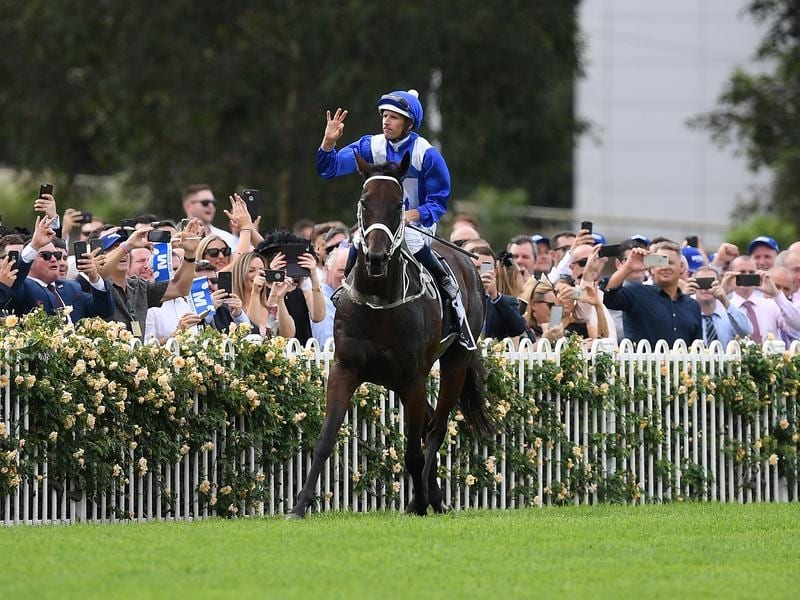 Australian champion Winx has claimed another award in the People’s Choice category at the annual ceremony in Dubai ahead of the World Cup meeting.

The Chris Waller-trained mare is closing in on the end of her career which includes four Cox Plates.

She ended 2018 as the equal top-ranked horse in the world alongside Cracksman.

Winx and American trainer D Wayne Lukas were honoured in the two categories not restricted to participants at last year’s World Cup meeting.

Lukas received the Lifetime Achievement award for his career which includes 14 Triple Crown wins and 20 successes at the Breeders’ Cup.

The Best Horse, Best Jockey, Best Trainer and Best Owner are awarded via a data count provided by the US Jockey Club on races held from the 2018 Dubai World Cup until March 9.

Caulfield Cup winner, the Godolphin-owned Best Solution, was named Best Horse for his three Group One wins while his trainer Saeed Bin Suroor won his category.

Pat Cosgrave was awarded Best Jockey for his four Group One wins which included the Caulfield Cup and Caulfield Stakes on the Bin Suroor-trained Benbatl.

Sheikh Mohammed’s Godolphin was awarded Best Owner after a record-breaking 2018 which realised 30 Group/Grade One wins around the world led by the Melbourne Cup with Cross Counter, Epsom Derby with Masar and the Dubai World Cup with Thunder Snow.