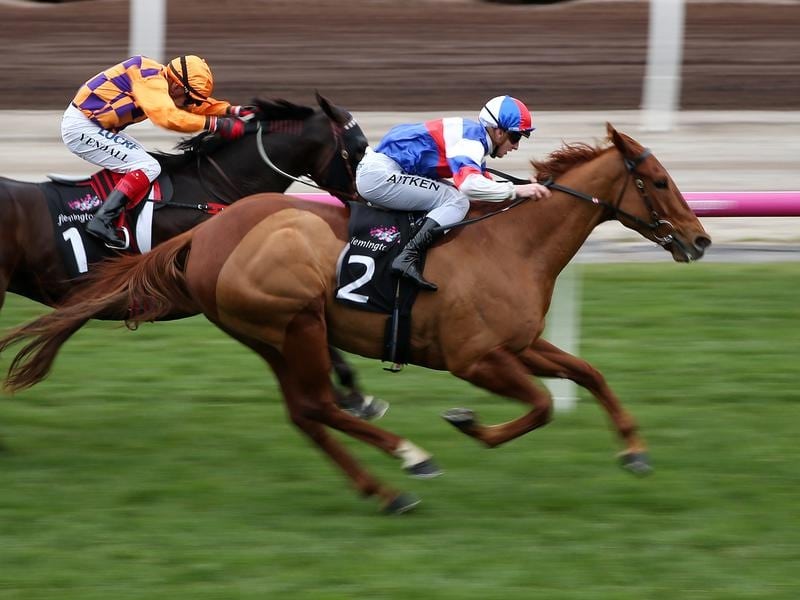 Chamois Road might lack the class of some of his Aurie’s Star Handicap rivals but trainer Patrick Payne is hoping the consistent gelding’s race fitness gives him his chance in the Group Three race.

Payne also had Chamois Road nominated for Saturday’s 1400m open handicap at Flemington but opted to give the six-year-old a crack in the day’s feature over the straight 1200m.

Chamois Road is coming off a last-start win in an open 1400m-handicap at Caulfield two weeks ago and faces arguably his toughest test.

His only other try at Group Three level was a third over the same course and distance in the Standish Handicap on January 1.

“He’s fit and well and I’m going down the fitness-edge path but whether that’s going to count for anything, I’m not sure,” Payne said.

“I just thought there didn’t look to be a lot of speed in this race up the straight so he’ll sit first or second.

“If I put him in the 1400-metre race and he drew wide we might not have even run, so running him up the straight takes barriers out of the equation.

“We thought we might as well give it a try whilst he’s race-fit.”

The field of nine features multiple stakes winner and dual Group One runner-up Voodoo Lad, stakes-winning imports Home Of The Brave and Poetic Dream and Group One winner I Am A Star.

Home Of The Brave, Poetic Dream and I Am A Star are first-up.

Chamois Road has finished in the top three placings in 31 of his 39 starts including 12 wins.

“And if you put him in the right races he’ll do what he can for you.

“If he’s got the ability, or equal ability of his rivals then he’s hard to beat.”

How the gelding measures up in the company he will face in the Aurie’s Star, Payne is unsure.

“Tomorrow they might go straight past him, I don’t know,” he said.

Chamois Road, who Payne says is a gross horse who needs to be kept busy, had a barrier trial at Cranbourne on Monday to keep him ticking over for Saturday.