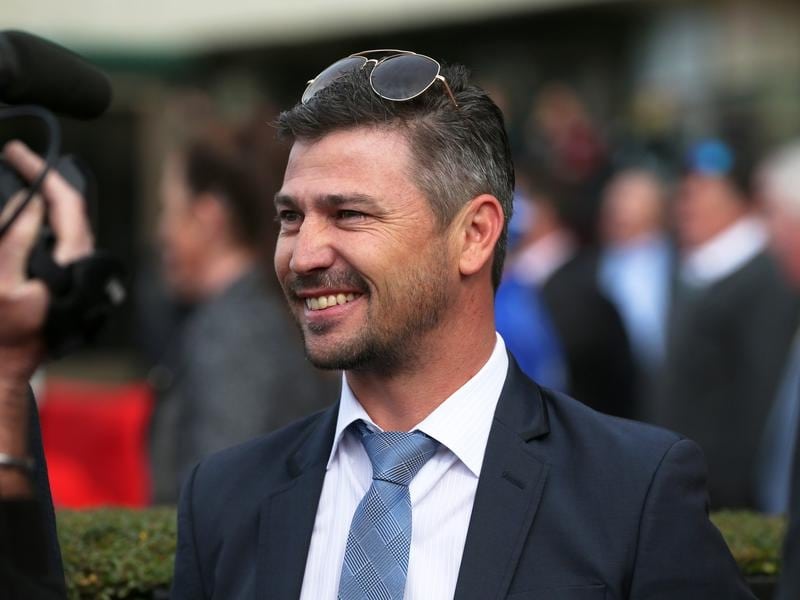 Brent Stanley is excited about his stable’s spring prospects as he prepares a couple of his main carnival hopefuls for their scheduled returns in stakes races at Caulfield.

Stanley is optimistic about Casadiva and The August and while he is excited to see them step out again he is keeping first-up expectations in check because he says they are being trained to peak around Guineas time in October.

“For me it’s exciting this spring,” Stanley said.

“Since I’ve been training I’ve had a couple of nice horses leading into spring carnivals but these are the best bunch of horses I’ve taken into a spring carnival.”

The August won the Donald Classic on debut in May before winning at Flemington in June.

Casadiva won on debut at Bendigo, beating Aristocratic Miss and Krone, before finishing 10th in the Sweet Embrace Stakes in Sydney.

Stanley said the filly choked down that day.

“They are both far from revved up to go first-up,” Stanely said.

“I just want them to be nice and relaxed in amongst the field and hit the line. They’ll be getting tired late because they’re not revved up and have a lot of improvement. I want them peaking at their third, fourth and fifth run.

“If they win or run a place on the weekend it is solely on ability and won’t be on fitness.”

Stanley said The August was pretty smart and had done everything right.

“He’s come back better. He’s a lot stronger and he’s a very mature horse,” he said.

“I think once he gets out to a mile you’ll see the best of him so fingers crossed he can peak on the right day.”

Casadiva is 23rd of 25 in the ballot for the Quezette Stakes with a maximum of 16 to run.

Stanley rates Casadiva potentially the best horse in his stable.

“On what we’ve seen – they’ve obviously got to turn up on race day – but she’s got untapped ability,” he said.

“The August is quite good and so is Mig Energy and she toys with them when we work them together, so she’s really exciting.

“Definitely the further she goes the better she will go.”