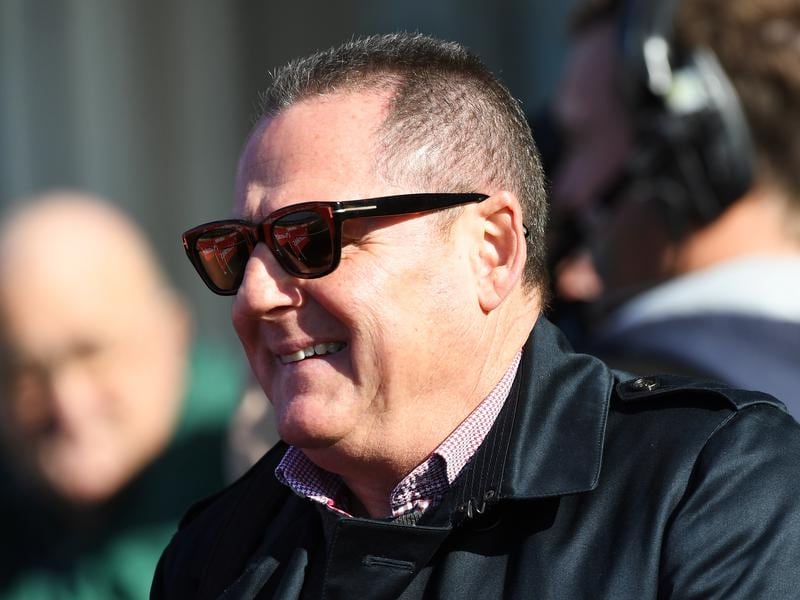 Grahame Begg has been biding his time early in the spring but the trainer is ready to unleash his stable star Written By at Caulfield.

Written By has been in work since early June, with Begg giving the star colt a steady build-up with his main goal not until the first week in November.

Begg is focused on trying to win the Group One Coolmore Stud Stakes (1200m) with the sprinter at Flemington.

And while Saturday’s set weights plus penalties race does not hold stakes status, it fits in nicely with that program and the colt is clearly the highest-rated entry among the 19 nominations.

Written By is then scheduled to run in the Group Three Blue Sapphire Stakes (1200m) on October 17 before the Coolmore on November 3.

Begg has been delighted with the physical development Written By has made since his successful juvenile season in which he won his first four starts, including the Blue Diamond, before finishing fourth in the Golden Slipper.

“He came in 50 kilos heavier so he’s now about 40 kilos heavier going into the race on Saturday than what he was when he ran in the Golden Slipper,” Begg said.

“He’s taken great benefit from having the time off.

“He went over to Mornington for a gallop between races last Thursday and I’m very happy with him.”

Jordan Childs has ridden Written By in all his races and continues the association on Saturday.

“He’s not wound right up for Saturday, there’s no doubt about that,” Begg said.

“He’s certainly got good improvement in him.

“We’d like to think he’s good enough to win on his class alone, regardless of how much improvement he’s got in him.

“He’s got a nice break between Saturday and the Blue Sapphire to get over the run.”