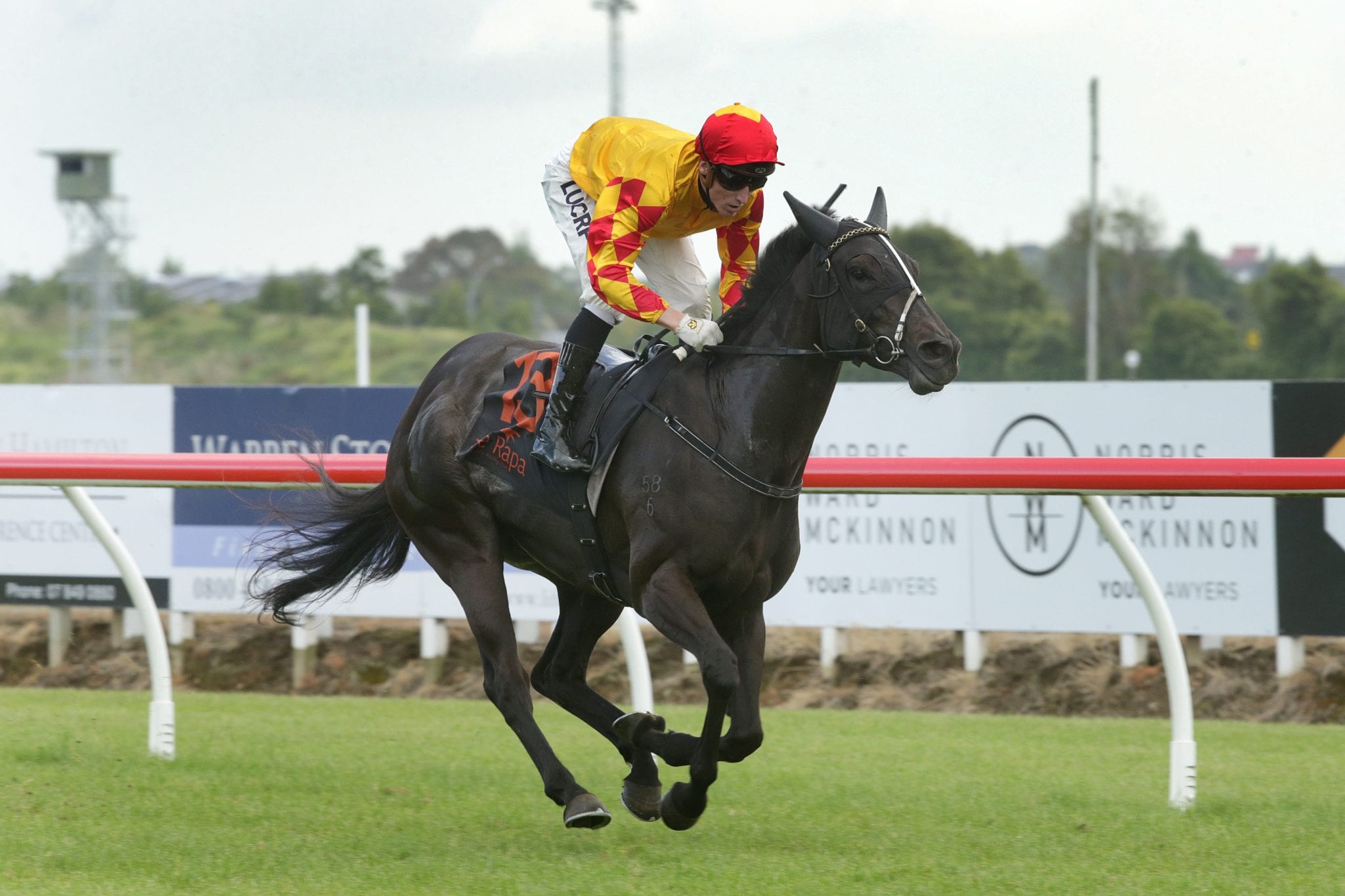 Four-year-old mare Catwalk Girl is cherry ripe ahead of the Foster Construction Mile (1600m) at Te Rapa on Saturday according to trainer Pam Gerard, who prepares the progressive galloper in partnership with Michael Moroney.

An impressive last-start winner at Te Rapa, TAB bookmakers have installed Catwalk Girl a +320 favourite as she looks to handle the step up to Benchmark 65 grade before loftier targets can be considered.

The daughter of Per Incanto has been a work in progress but is now settling better and Gerard believes she can comfortably go through the grades. “I’m happy, she’s done well. She’s just taken a little time to work the racing game out. This preparation she’s just gone ahead in leaps and bounds,” Gerard said.

“If you go through her form, her first races she just wanted to go out in front. So we’ve spent a bit of time trying to get her to settle and she seems to be happy doing that. “We’re always trying to get some black-type with nice fillies and mares or you might see her in Australia at some point.

“There are some nice races coming up over Christmas that we’ll have a go at and then reassess it from there. “She might have a bit of a break and Mike will work out whether she’s good enough to go to Australia or not.”

The Matamata stable will also be represented at Awapuni, where two-year-old Dragon Biscuit will contest the NZB Insurance Pearl Series Race 2YO (1100m), while Za Za Gabor will tackle the Group 3 Bramco Granite And Marble Manawatu Cup (2300m).

“Dragon Biscuit’s a pretty smart gelding that we think quite a bit of, he’s a real two-year-old type,” Gerard said. “He won a trial nicely at Matamata and he does it all right, so we thought we’d have a go at Otaki a few weeks ago and came up on a track that was pretty wet and he was in the worst part of the track and he went a bit hard early. I wouldn’t be surprised if he turned his form around pretty quickly.”

Za Za Gabor will start at outside odds in the Manawatu Cup, but Gerard feels that fourth up and over ground should suit the six-year-old mare. “She went a solid race at Auckland a couple of weeks back and probably just hit the wall late,” Gerard said.

“She had a run at Counties over a mile where she didn’t like the wet track, she was in the worst of the ground and didn’t have a very hard hit out so she was a wee way between runs and it just caught her out a bit at Auckland. She’ll strip a lot fitter, and she’s a mare that once you get her up over ground she’ll come right into her own.”

Meanwhile, Gerard is expecting to have a number of runners over the busy period between Boxing Day and New Year’s Day, with smart three-year-old fillies Tokorangi and Fleetwood Maca to be seen at Ellerslie.

“Tokorangi will likely head to the Uncle Remus (Listed, 1400m) on Boxing Day at this stage,” Gerard said. “She had two weeks out after she got back from Christchurch (after finishing fifth in the Group 1 New Zealand 1000 Guineas (1600m)) and she was back to her brilliant best and jumping around the paddock.

“She’s fresh as a daisy and I think in a fresh state over 1400m she could be quite cheeky. With her being a light framed young filly, if we keep her on her toes with just that one run, it will just set her up for either the Levin Classic (Group 1, 1600m) or the Karaka Million 3YO Classic (1600m) before we step her up over more ground.

One horse that won’t be seen over the festive season is talented three-year-old Grip. “We’re just working a path back from the Derby (Group 1, 2400m),” Gerard said. “We’re just taking the opportunity to give him a little bit of a let up. He’s had a week out and he’s back in, he’ll miss some of these ones over Christmas but he’ll be back on a path towards the Derby.”

Gerard said punters can also keep an eye out for two-year-old Dragon’s Kiss and lightly raced Roch ‘N’ Horse. “They’re all ticking away nicely, we’re finding some to get over to the stable in Australia and a few to keep here to keep us busy,” she said.