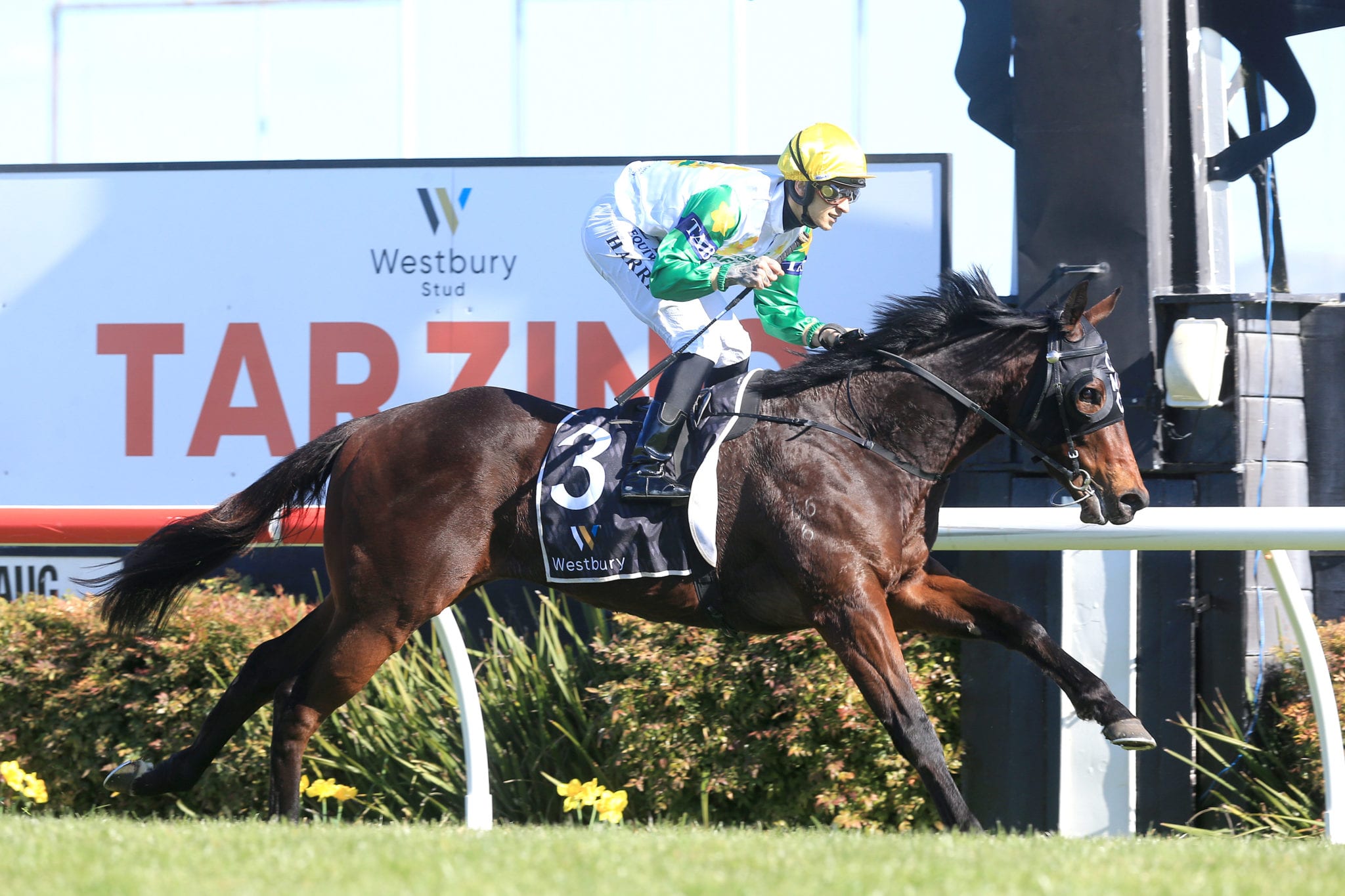 Benefits of an unplanned run in Saturday’s Group 3 Cambridge Stud Northland Breeders’ Stakes (1200m) at Ruakaka could be two-fold for connections of rising star three-year-old Catalyst.

Installed a $1.50 favourite on the TAB’s opening market for the age-group feature, Catalyst looks poised to bank not only a bonus $40,600 for breeder-owner Dick Karreman but also boost fitness levels to save an extra run into November’s Group 1 Al Basti Equiworld NZ 2000 Guineas (1600m) at Riccarton.

The Darci Brahma gelding shot to 2000 Guineas favouritism after a brilliant four-length win in the Listed Sir Colin Meads Trophy (1200m) at Hastings last month, though the path from there to the 2000 Guineas was unclear at the time. “We were thinking we’d give him a trial or a jumpout before heading back to Hastings for the Hawke’s Bay Guineas (Group 2, 1400m) but seeing as he pulled up so well we thought he could run in this,” Te Awamutu trainer Clayton Chipperfield said. “He came through the race 100 percent. I got him home from Hastings at 8pm and he had his head straight in the feed bin. The race really took nothing out of him. “There’s three weeks between this race and the Hawke’s Bay Guineas and then a month between the Hawke’s Bay Guineas and the 2000 Guineas, which with this race under his belt now will be perfect.”

A winner of just a maiden two-year-old race before his stakes win at Hastings, Catalyst’s last-start effort exceeded even Chipperfield’s expectations. “We’ve always liked him and had a big opinion of him even before he won at the trials as easily as he did, but his run at Hastings was amazing,” Chipperfield said. “To bounce out like he did and race on the speed, he had every reason to go a bit keenly, but as soon as Troy (Harris, jockey) dropped his hands, he relaxed like a pro. And then to show a turn of foot in a race like that was quite phenomenal. “He’d done that in his previous start but that was a maiden, not in a stakes race. And he did it so easily. He was still on the bridle at the line. He hasn’t turned a hair or missed a thing to eat since then either.”

Chipperfield was surprised to see the TAB open Catalyst so short for Saturday’s feature but said he was capable of producing a replica of the Hastings win. “We’ve got the barrier (gate six) this time and Troy should be able to go forward and sit in the first two or three without too many problems and from there give them a real run for their money. We know Aotea Lad goes all right and he looks the horse to beat.”

Chipperfield said that while Catalyst’s spring target was the 2000 Guineas, he wasn’t averse to stepping his star up past 1600m in the summer and autumn or tackling the best of his age in Australia if his form warranted it. “He’s got a lovely, economical action and the way he settles and relaxes in his races, we don’t think he’ll have too many problems getting the 1600m of the 2000 Guineas and hopefully he can get over a bit more ground later on.”