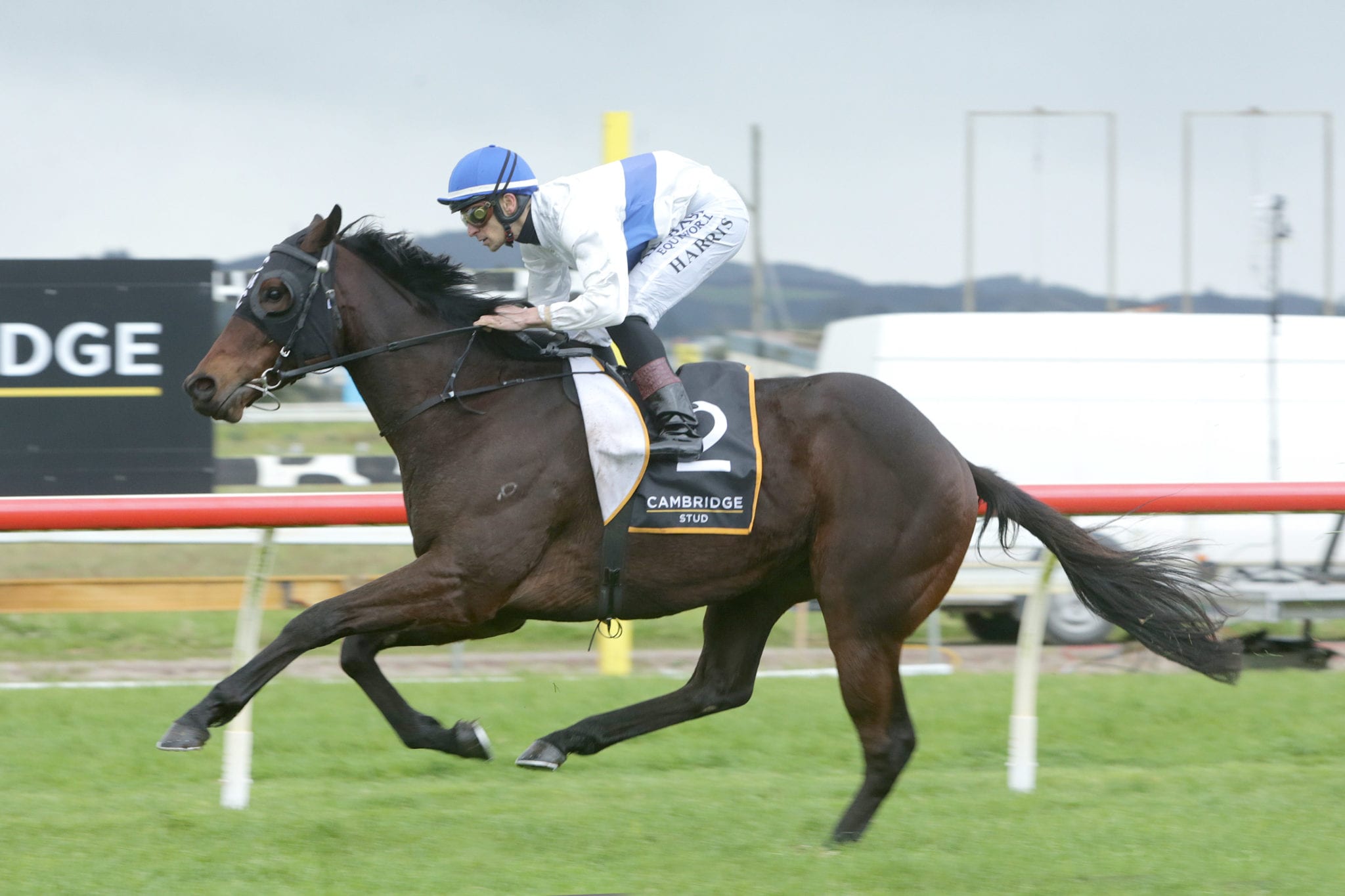 Boom three-year-old Catalyst treated his three-year-old rivals with contempt when he produced a devastating home straight sprint to capture the Group 3 Cambridge Stud Northland Breeders’ Stakes (1200m) at Ruakaka. The Darci Brahma gelding overcame some trouble early in the run home to dash clear in the closing stages of the contest, winning with consummate ease by over two and a half lengths from pacemaker Exuberant with local galloper Zelenski back in third.

Successful in the Listed El Roca-Sir Colin Meads Trophy (1200m) at his last start after settling on the speed and then dashing away at the top of the Hastings home straight, this time Catalyst had to prove his worth after being ridden in behind by regular pilot Troy Harris. Harris settled the raging hot favourite in midfield this time and rounding the home corner the pair were briefly pocketed behind a wall of horses as Harris searched for an inside gap.

When that didn’t eventuate, Harris hooked his charge sideways and into clear running where he hit top speed within a few strides as he dashed past his rivals for a stunning victory. “It makes the job easy with a guy like him,” Harris said. “I ended up in a good spot but straightening I had to make the choice whether to kick up or pull back. “Once I got out it was all over. “I wanted to teach him a little bit as then we have options going into the other races. “He could be the best horse I have ever ridden.”

Connections will now turn their attention to the Group 2 Sacred Falls Hawke‘s Bay Guineas (1400m) at Hastings and then the Group 1 Al Basti Equiworld New Zealand 2000 Guineas (1600m) at Riccarton after that plan was confirmed by trainer Clayton Chipperfield. “It was good to see him do that and prove that he has the ability that we all thought he had,” Chipperfield said. “I was getting a little bit worried though at the 200m when he couldn’t get out. “He just drops and glides as his turn of foot is phenomenal. “We had planned on the same sort of ride today (as Hastings) but that didn’t pan out although he got a decent run anyway. “He (Harris) rode for luck and luckily for us we got it.”

Chipperfield is still shaking his head about his good fortune in having a potential superstar in his stable after only taking up training on his own in the last twelve months. “I’ve only really just started taking this game (training) seriously and to do this in the first year, with a horse like this, is a dream start,” he said. “We have three weeks now until the Hawke’s Bay Guineas and then another month to the 2000 Guineas. “He might have a jump-out or trial between those two races but that is the plan at this stage.”

Bred and owned by The Oaks Stud principal, Dick Karreman, Catalyst is out of the Entrepreneur mare, Evana and hails from an all-star extended family that traces back to champion Australian galloper and sire, Lonhro and multiple Group 1 winner, Niello.