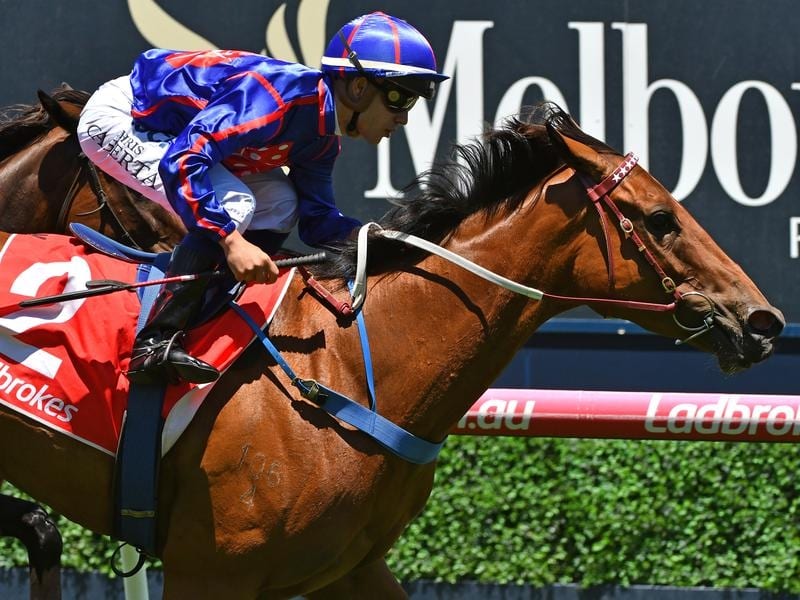 A surprise trip home for Christmas has landed Adelaide-based Chris Caserta a winner at Caulfield with the apprentice guiding betting ring drifter Twitchy Frank to victory.

Twitchy Frank eased from $2.90 to start the $3.80 favourite in Wednesday’s Alan Wick’s Handicap.

Originally based in Melbourne, Caserta is now indentured to Tony McEvoy in Adelaide.

Caserta has ridden winners for Weir in Adelaide and got his start with the stable riding in trials while suspended before transferring to Adelaide.

He was thrilled at getting the call-up to return home and surprise his mother on Christmas Day.

“I thought I would be riding at Morphettville today but when I got the call-up to ride here on Boxing Day I thought I’d come over early,” Caserta said.

“Dad looks at my rides every two minutes and he would have known I was coming over, so I made sure he didn’t say anything.

“Mum got a nice little surprise when I walked into my uncle’s house.”

Caserta was also thankful to McEvoy for allowing him to visit Melbourne and ride for an outside stable on Wednesday.

“The McEvoy team have shown me a lot of support and I can’t thank them enough,” Caserta said.

“I’m pretty pleased with how things are going and I’m just starting to hit my straps now.

“It was a bit of a slow process the first couple of months but I’ve signed for another three months over there and hopefully if that goes well, I’ll transfer completely.”