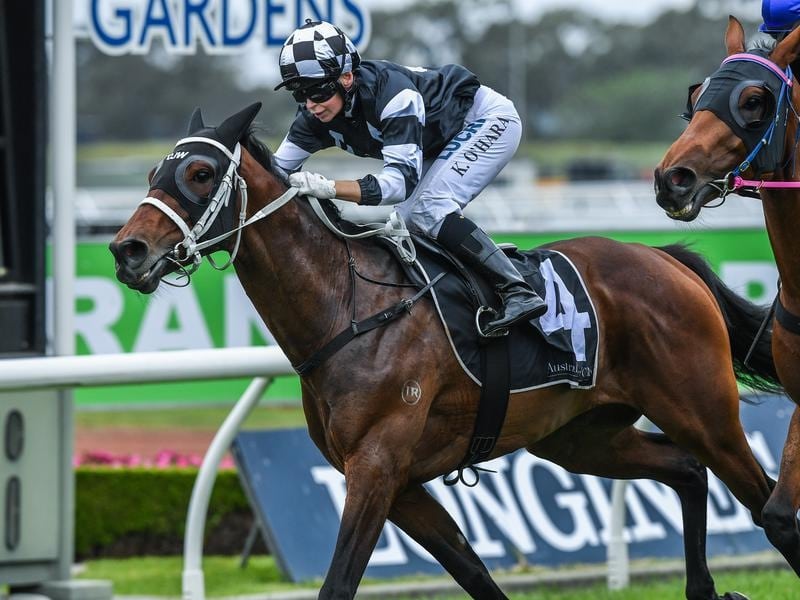 The Chris Waller-trained Carzoff has earned a penalty for the Group One Metropolitan after winning the Newcastle Gold Cup.

Carzoff will now carry 52.5kg in the principal staying race of the Sydney spring carnival for which the import is on the second line of betting in a reshaped market caused by the defection of Godolphin’s Avilius.

Avilius had been the established Metropolitan favourite before firming further after his win in the Group Three Kingston Town Stakes at Randwick last Saturday.

But in a major spring detour, Godolphin trainer James Cummings announced on Tuesday that Avilius will be sent to Melbourne where the former French stayer will have his next start at Flemington on October 6.

Avilius will contest the Bart Cummings, a Group Three race over 2500m that provides the winner with an exemption from the Melbourne Cup ballot.

“It wasn’t a straightforward decision … however we do really like the idea of aiming up big with him,” Cummings told Sky Sports Radio.

Avilius’ withdrawal from the Metropolitan leaves Carzoff’s stablemate Brimham Rocks as the new favourite for the $750,000 race at $6.

Another Waller-trained stayer, Libran, shares the next tier of betting with Carzoff at $8.

Brimham Rocks stepped into stakes company for the first time when runner-up to Avilius in the Kingston Town.

Although no match for the winner, the former English stayer is rated a horse on the rise as he warms into his second Australian campaign for Waller.

Carzoff has been given precise rides from Kerrin McEvoy to land the Wyong Gold Cup-Newcastle Gold Cup double for his most important wins.

The six-year-old will be trying to join a select list of Newcastle winners to also land the Metropolitan at Randwick on September 29.

Gai Waterhouse’s import Glencadam Gold was the last stayer to claim both races in 2012 before failing as favourite at his next outing in the Caulfield Cup.