Carnival Goals Ahead For Chapter And Verse 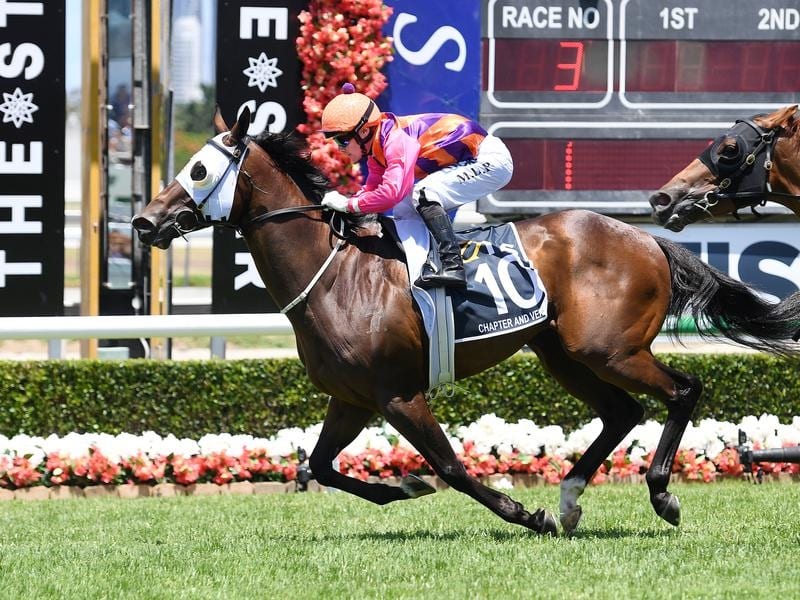 Talented sprinter Chapter And Verse emerged as a Stradbroke Handicap contender after winning the Magic Millions QTIS Open at the Gold Coast.

“He could be a Stradbroke horse because he’s only going to get better with age,” Du Plessis said.

No one celebrates a win like Forster and she led the raucous celebrations as Chapter And Verse, the $5.50 equal favourite in Saturday’s $1 million race, passed the post three-quarters of a length in front of Tokoriki Lad ($7.50).

“Winning this race means so much to me because I haven’t had the best of luck in big races at the Gold Coast,” Forster said.

“But Mark rode him perfectly like he was the best horse in the race.”

Du Plessis followed Forster’s instructions to the letter, stalking the speed before bringing the gelding with a well-timed finish in the straight.

“I said to Mark not to be worried about being three-deep because I knew he was the best horse in the race,” Forster said.

“All I wanted him to do was be patient and wait until the furlong because when this horse hits the front he tends to switch off.

“But Mark rode him a treat and I knew when he hit the lead there was nothing coming from behind that was going to run him down.”

One of the first to greet Forster after the race was leading Queensland thoroughbred breeder Basil Nolan who offered Chapter And Verse for sale at the Magic Millions as a yearling.

The gelding set a race record of 1.14.85, shaving 0.15 secs off the previous mark set by multiple Group One winner Buffering.