Care To Think Remains On Course For Cup 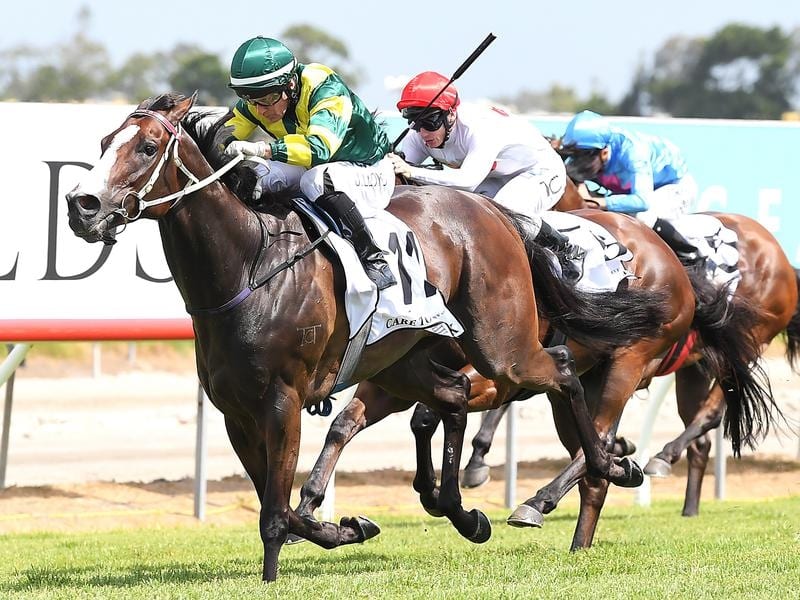 Trainer Matt Dunn has given Care To Think a pass mark for his first-up run and believes he is on target for a rich race at the Gold Coast.

But Dunn is confident Care To Think is on course for his main mission in the $1 million Magic Millions Cup on January 12.

Care To Think won the race last year and Dunn believes the 1400m of the Cup is Care to Think’s perfect distance.

Dunn made it clear before the George Moore he felt there was improvement in Care To Think.

“He was coming back to racing from a throat operation and he had an aborted Sydney campaign with a high temperature in October,” Dunn said.

“The George Moore simply wasn’t run to suit him. They walked in front and the got home their last 600 metres in 32.9. My bloke would have had to run almost 32 flat to win.

“But as it was he ran the second fastest 600 of the day behind Victorem who was also in the George Moore.”

Dunn said he had instructed Ryan Maloney to ride a quiet race rather than whipping around the outside from the 600m.

“I got sick and tired of seeing Care To Think doing that at his previous four or so starts with little result,” Dunn said.

“I think he will be improved further once he gets out in distance.”

Dunn has the options for Care To Think’s next start in either the Listed Lough Neagh Stakes on Saturday or the Listed Buffering Stakes on December 29.