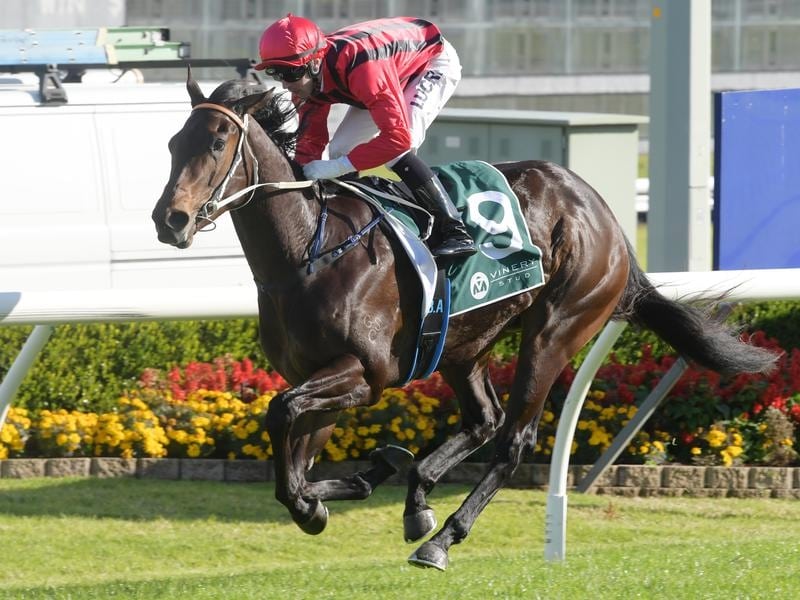 Newcastle trainer Kris Lees is favouring keeping unbeaten Smart Melody against her own sex when the filly makes her Melbourne debut at Flemington.

Lees has nominated Smart Melody for the Listed Cap D’Antibes (1100m) for three-year-old fillies on Saturday as well as the Group Two Danehill Stakes (1200m) which is open to all three-year-olds.

He also has the filly nominated for the Heritage Stakes at Randwick but said it was more likely the three-year-old would head south to run at Flemington as part of a planned path towards a Thousand Guineas start at Caulfield next month.

“She will gallop here in the morning and then travel down probably tomorrow night,” Lees said on Monday.

“It appeared a nice option for a three-year-old filly and after that she will go to the Thousand Guineas Prelude.

“If we think she’s showing signs of being able to run the mile she’ll go on to the Thousand Guineas, as opposed to the Flight Stakes which is just coming up on us a bit quickly.

“That’s all dependant on whether she’s good enough and can run the trip too.”

The Group One Flight Stakes (1600m) for fillies in Sydney at Randwick is on September 29 but the Group One Thousand Guineas (1600m) in Melbourne is two weeks later on October 13.

Brenton Avdulla will ride Smart Melody in either Flemington race.

The Cap D’Antibes Stakes has 19 nominations with Smart Melody on the limit of 55kg under the set weights plus penalties conditions.

Smart Melody won a maiden at Newcastle and a two-year-old handicap at Canterbury by 5-1/4-lengths in June and made her season return at Wyong on August 31, keeping her unbeaten run intact with a 1-1/2-length victory in an 1100m benchmark-74.

“She’s unbeaten, albeit all on rain-affected ground. But I think it looks a nice option for her on Saturday.”