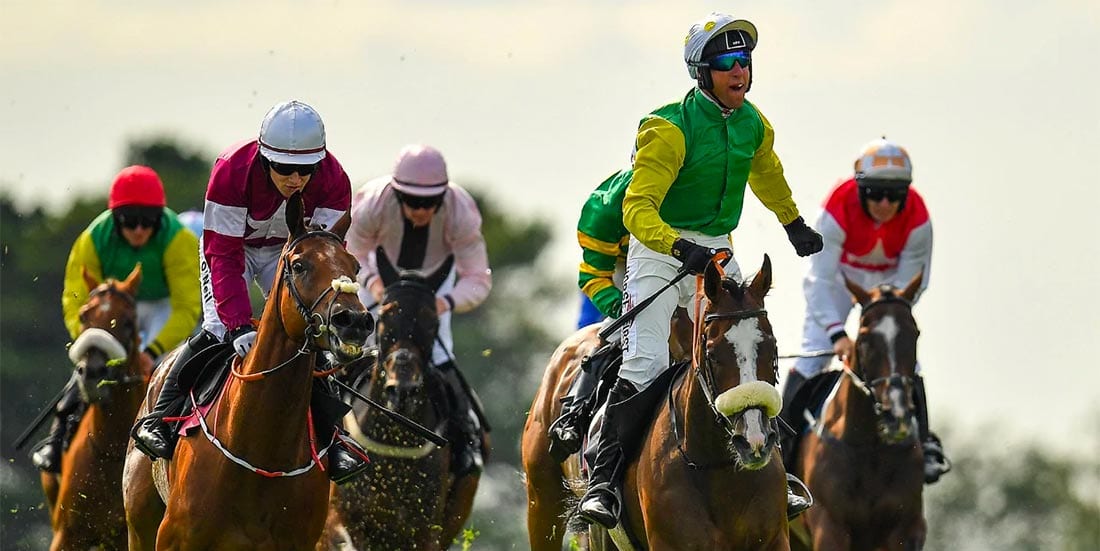 This Thursday, Tudor City will attempt to become the first horse since 1983 to win the Galway Hurdle more than once. The famous Galway Festival takes place behind closed doors, but a maximum field of 20 runners and three reserves has been declared to run in the lucrative handicap hurdle. Tudor City is +1600 with BetOnline to win the race in consecutive years, but he faces a tough task to beat the three Grade 1 winners that top the weights.

Aramon, Petit Mouchoir and Felix Desjy have won at the highest level, while Tudor City is a solid dual-purpose handicap horse who took advantage of a winnable mark in the 2019 Galway Hurdle. The horse has been unplaced in four starts on the Flat since that win.

Tudor City is running off two pounds more than this time last year. The horse’s Official Rating over hurdles is 147, which means he has something to find with the Grade 1-winning horses above him in the handicap. The weight may prove too much to handle and thwart the bid for the double.

Pinch Hitter won the Galway Hurdle in 1982 and 1983, but there have been no dual winners of the race since. Tudor City led close home 12 months ago and recorded a half-length win at odds of +1000. He was the third winner in the last four years to carry 11st or more, and the joint-oldest winner of the race since 2004. Only three horses aged eight and older have won the Galway Hurdle this century.

The average price of Galway Hurdle winners since 2010 is almost +800. The last 10 winners had previously won over the race distance of two miles. Sharjah won it in 2018 at +1200 carrying 11st 7lbs. In retrospect that could have been the bet of the century, because the horse subsequently finished second in the Champion Hurdle.

Top-class horses can handle the weight despite the competitive nature of the race. Aramon is the joint-top weight with Petit Mouchoir and prominent in the betting. The Willie Mullins-trained runner was one of the top novice hurdlers in Ireland during the 2018-19 season. He won the Grade 1 Future Champions Novice Hurdle at Leopardstown over Christmas and became a leading contender for the Supreme Novices’ Hurdle at the Cheltenham Festival, where he produced a solid effort but finished over 11 lengths adrift of the winner, Klassical Dream. Felix Desjy was a place and head closer to that horse at the line.

Aramon beat Petit Mouchoir into second place by two lengths at Tipperary in June. The winner carried 11lbs more than the runner-up, but they race off level weights in the Galway Hurdle. Petit Mouchoir won the Grade 1 Ryanair Hurdle in December 2016 with a career best OR of 162 but is +2000 to win the Galway Hurdle. He has the historical form to beat Aramon but will struggle on recent ratings. Aramon should also have the measure of Tudor City at the weights, but Felix Desjy has more potential to win the race.

The one major negative against the Gordon Elliott runner is the 427-day gap since the last run over hurdles. However, the horse finished five-and-a-half lengths behind Klassical Dream in the Champion Novice Hurdle at Punchestown off level weights. That run gives Felix Desjy something in hand over Aramon, but he gets 4lbs in this week’s big handicap hurdle in Ireland.

Obviously, Tudor City is a course and distance winner. However, he does not have the ability to beat the Grade 1 horses, of which Felix Desjy has the form in the book to win the 2020 Galway Hurdle at +700.