Callsign Mav all class at Awapuni 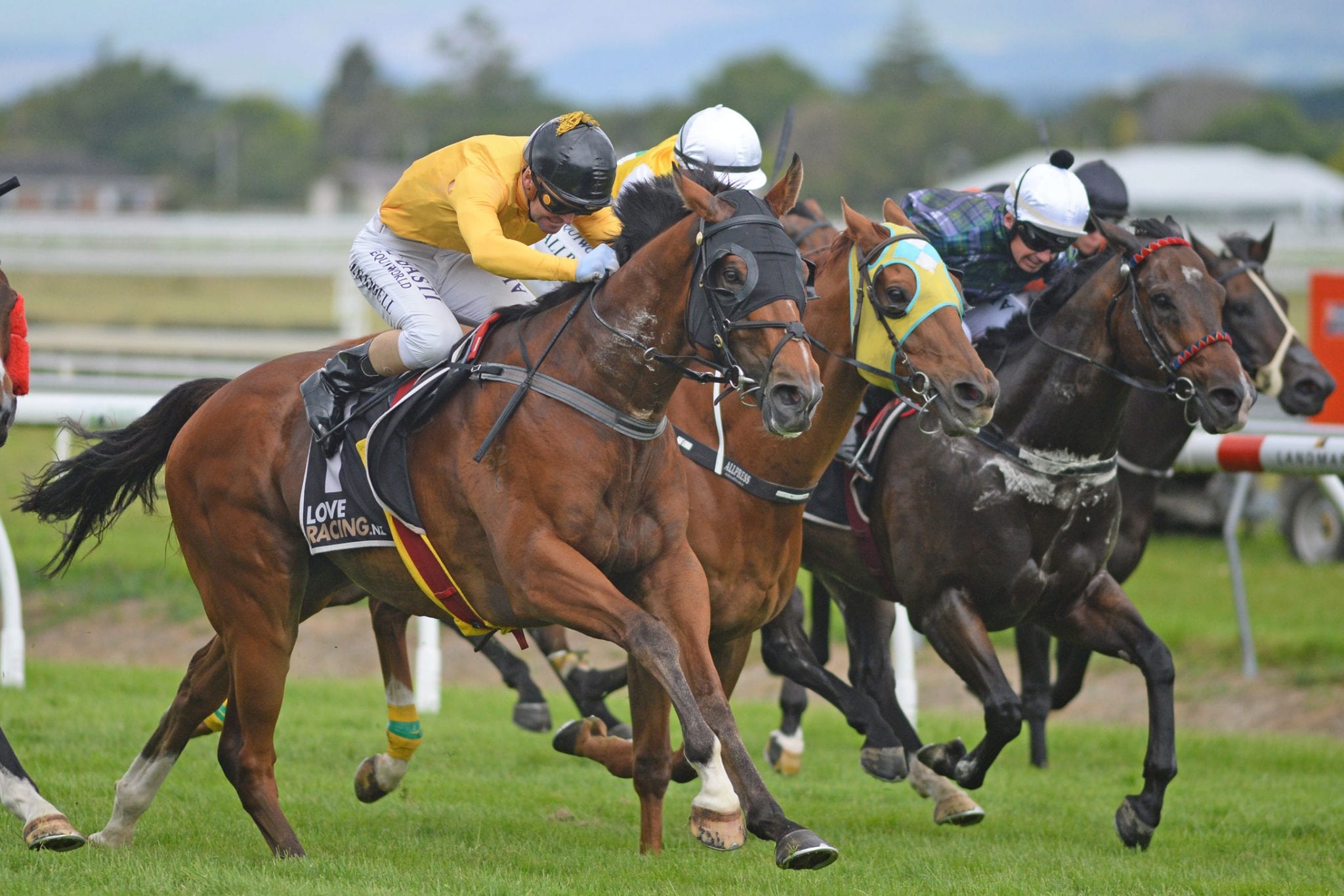 Trainer John Bary admitted his overwhelming feeling was one of relief after he watched his stable star Callsign Mav lump topweight of 63kg to an emphatic victory over 1400m at Awapuni on Saturday.

Bary had been looking for a performance that would indicate whether his Group 1 Tarzino Trophy (1400m) winner could be capable of getting beyond a sprint trip and received an answer very much in the affirmative.

Rider Jonathan Riddell allowed the Atlante four-year-old to find his feet in the early rush for positions, settling in midfield off a strong tempo set up by pacemaker Malo Bik. Taken to the outside in the run home by Riddell, Callsign Mav took a few strides to get into his work before producing a barnstorming finish under a hands and heels ride to reel in his opponents and go on to a clear-cut victory.

“Relieved is the best way to describe how I feel,” Bary said. “I’ve said all along that he deserved the topweight, but weight can stop a train. I think today he showed that he is a very good horse. “His work has been very good and I was happier with him as he was a little tighter than he was here before Christmas when he got beaten. “He still had a sweat and a think about things, but nothing that would upset him.”

While the victory seemed quite comfortable, Bary advised that Riddell had been far from confident during the mid-stages of the race. “Jonathan told me had had given up on him at the 600m,” Bary said. “He thought he was no chance as he wasn’t travelling at all.

“Jonathan wasn’t sure whether it was the track or just what it was, but until he got him balanced up in the straight and hit some better footing, it was only then he thought he would win.”

Bary now has some decisions to make about Callsign Mav’s next options which could include a tilt at a Group 1 mile at Trentham. “I think he showed he can get the 1600m so the Thorndon Mile (Group 1, 1600m) is an option we will consider for him,” he said.

“If we decide against that then the BCD Group Sprint (Group 1, 1400m) at Te Rapa in February is another option. “We are looking to see if we can get him out to 2000m as there is a nice race for him at Awapuni in April that we would love to get him to.”