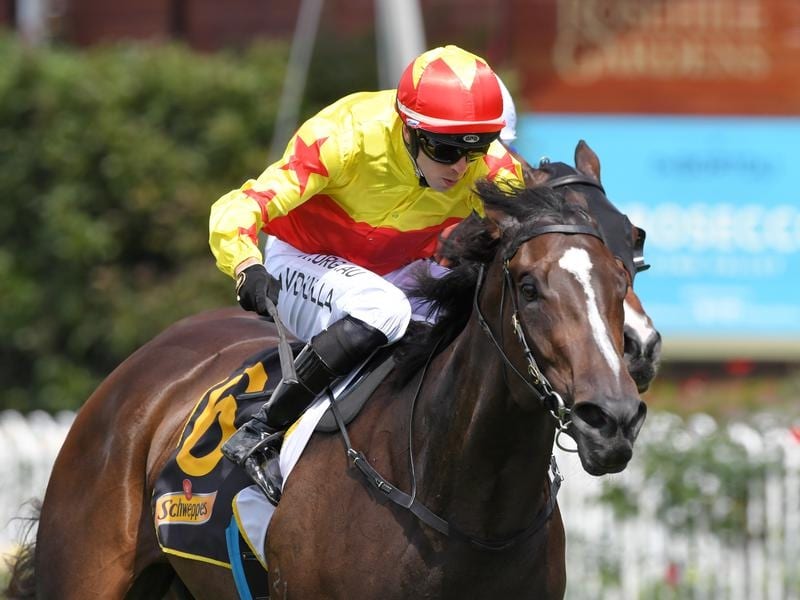 Peter Snowden believes three-year-old California Zimbol is up to winning at Group One level, but when and where the filly gets that opportunity remains to be seen.

Snowden, who trains in partnership with his son Paul, had four acceptors for the race but two were scratched including early favourite Cosmic Force who gained a start as first emergency in the Group One Galaxy later in the day.

It left the Snowden camp with California Zimbol ($4.20) and previously unbeaten stablemate Mirra Vision who finished fourth as the $3.70 favourite.

Ridden by Brenton Avdulla in the second start of her autumn campaign, California Zimbol sat third before taking over at the 250m and went on to defeat the fast-finishing Dawn Passage by a neck with Hilo a half-neck third.

“It looked a nice race for her and it worked out nicely,” Peter Snowden said.

“She won quite softly in the end.

“She’s always showed she is above average. She hasn’t been tested at the highest level yet. It was our thoughts to go to The Galaxy today but I just thought she was probably not going to get a run in that.

“There were some higher rated horses struggling to get a run, so there will be a time for her.

“Where and when, I’m not quite sure yet.”

Snowden said California Zimbol’s next target was likely to be the Group Three PJ Bell Stakes (1200m) against her own age and sex on April 4 at Randwick.

He said Mirra Vision, who had won her first three starts, was now looking for a step up to 1400m.

“You’ll hear a lot more of both horses. They’re well above average,” he said.