Buffalo River Set For Next Test At Sandown 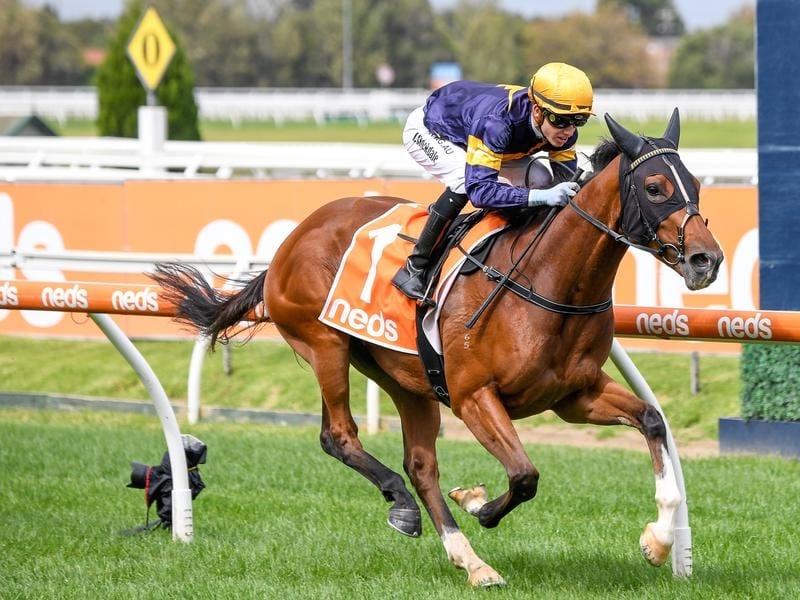 Mike Moroney hopes Buffalo River can be a contender in Group One spring handicaps but first the promising import will be out to add to the trainer’s tally of city winners this season.

Four-year-old Buffalo River is one of the shortest-priced favourites on Saturday’s nine-race program at Sandown and Moroney has four other acceptors for the meeting with the track rated a Heavy (9) on race eve.

Moroney is fifth in this season’s Melbourne trainers’ premiership with 29 wins while his stable’s 53 winners Australia-wide have been highlighted by Alabama Express’ Group One C F Orr Stakes win in February and Tofane’s recent Group One All Aged Stakes success.

“This has been our best one for a while,” Moroney said.

“We’ve had a couple of Group One winners which is great.

“Prize money wise I think the year I won the Melbourne Cup and the Blue Diamond was the only year that’s topped this one.”

Moroney won the 2000 Melbourne Cup with Brew and 2001 Blue Diamond with True Jewels.

Formerly trained in England by John Gosden, Buffalo River has won four of his five Australian starts and heads to Saturday’s Ladbrokes Money Back Odds Handicap (1400m) off a dominant first-up win on a heavy track at Caulfield in benchmark-78 grade.

“He looks a Group horse to me,” Moroney said.

“The couple of question marks about Saturday would be the very heavy ground and this will be the first time he’s been in open class against all comers.

“He did win open three-year-old races last winter but it is a step up in class.

“We think he’s nice and fit and the thing in his favour is that he was possibly looking to go a mile this time and with the heavy track that’s going to be like going a mile.”

Moroney said Buffalo River would possibly have one more start this campaign after Saturday before being put away for spring.

“We think that races like the Rupert Clarke Stakes and those two big mile handicaps over the carnival would be nice races for him,” he said.

While Buffalo River is the most favoured of Moroney’s Sandown chances he believes Barthelona is a strong contender in the Ladbrokes Odds Boost Handicap (1200m).

“I think Barthelona has been a little bit luckless in his two runs back so if he can get luck in running and do things right I think he’ll go close,” Moroney said.

“Gundown is a wet tracker so he’s in his race with a good chance.

“There’s a question mark over Alburq in the ground and we’re tossing around whether we run or not.

“Meteor Light wants to go further but he’ll run a cheeky race fresh up because he loves wet ground.”