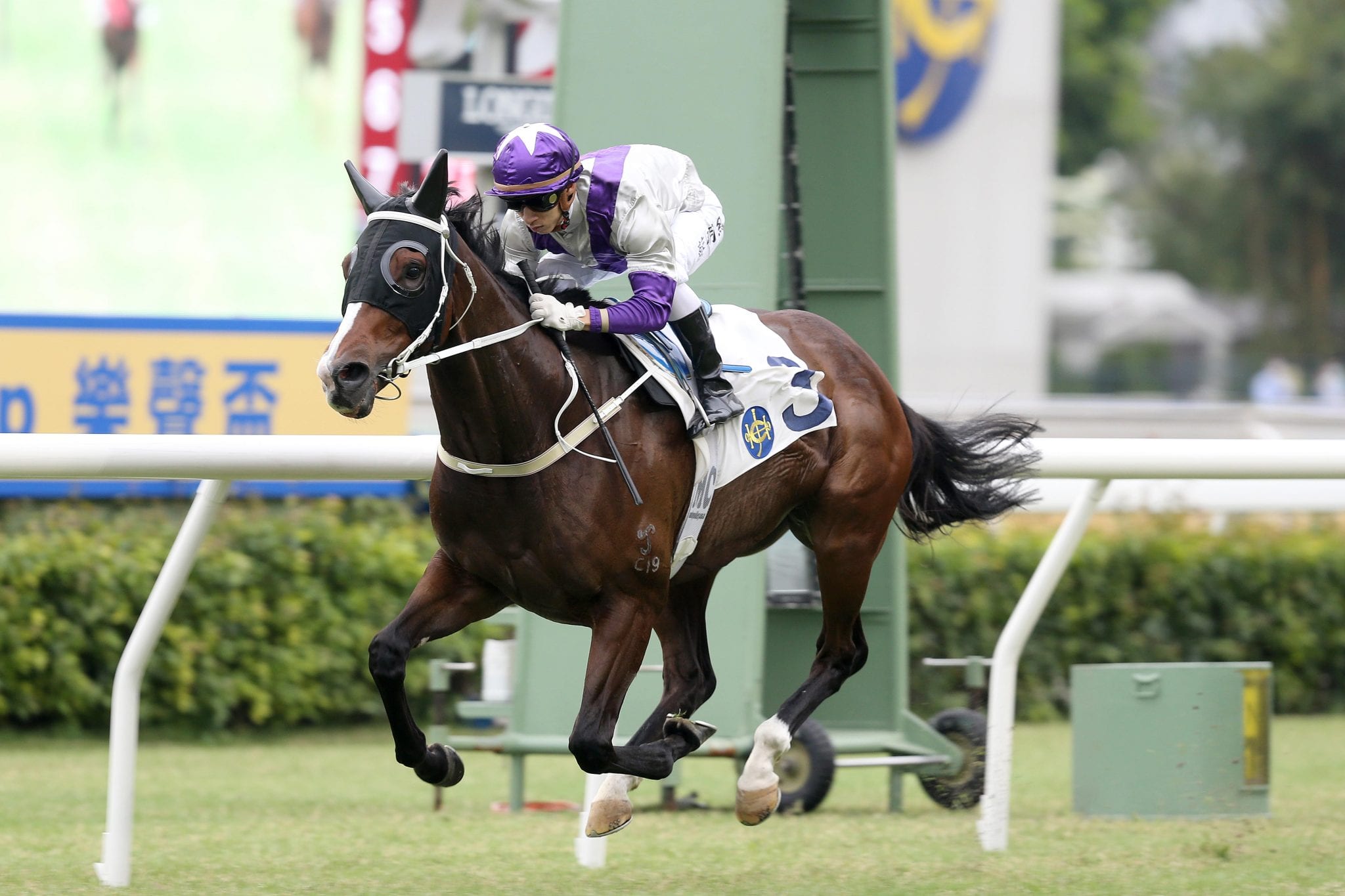 “Looks like I have to, we might as well give it a go – what’s there to lose? – otherwise there’s no race for us,” Cruz said, regarding the son of So You Think’s possible participation in December’s HK$25 million contest.

Buddies’ victory was the tough on-pacer’s seventh win of his career and his second at Class 1 level, and this time he succeeded off a mark of 105, the third highest-rated in the contest behind top-weight Fast Most Furious (133lb) and Jolly Banner (125lb).

“We’ll see how much his rating goes up and we might have to end up going to the Group races because the programme in Hong Kong is pretty limited to where you can go but we’ll go wherever we can that’s over an appropriate distance,” Cruz said.

Matthew Chadwick’s well-judged front-running ride had the bay crossing the line in a time of 1m 21.80s, a length ahead of the fast-finishing Lucky Express (115lb) and Super Wealthy (114lb).

“Every win is good but my horse did well – he did what he had to do,” Chadwick said.

The Australian-bred was trained by John Moore – who was compulsorily retired – last season, and won his first five races for the seven-time champion trainer.

“We all thought he had a great chance – it goes back to when John Moore trained him, he had apprentice Jerry Chau on the horse and he won with a very fast time (1m 20.88s),” Cruz said.

“And when the owners asked me would you like to train this horse, I said ‘sure, I’d love to’ because what I saw was pretty impressive.”

Buddies’ success gave Chadwick and Cruz a fourth win together this season, and the jockey is keen to team up again at the Hong Kong International Races.

“The Hong Kong Mile will be a completely different ball game with some strong front-runners in there as well, so it’ll be very interesting,” Chadwick said. “Time will tell to see what happens and what path he takes but I haven’t got a ride yet in the mile so if I was offered it, I wouldn’t be turning it down.”

“Matthew (Chadwick) definitely knows how to ride and whatever opportunity I can give him, I would love to have him on my horses,” Cruz said about his former apprentice who partnered the handler’s California Memory to back-to-back wins in the LONGINES Hong Kong Cup.

That effort also sealed a double for Joao Moreira, who earlier scored on another ISG, the Caspar Fownes-trained Forte who excelled in the Class 4 Panasonic IH Warm Jar Handicap (1000m) with a gritty debut success.

The win was the 12th time this season that championship leaders Fownes and Moreira have struck in tandem.

“We picked this race a while ago for him and he had a good preparation into it; he was a bit immature when I got him but he learned through each trial and progressed nicely, and I was happy to get that winning result,” Fownes said.

The four-year-old stepped away only fairly from barrier five but managed to hold a position midfield. Once he hit the front, the gelding was challenged then headed by United We Stand, before a driving Moreira got him over the line a length and a quarter to the good.

“It’s always hard to win in Hong Kong first-up with a young horse, so it was a good effort and hopefully he can get stronger and improve through the season,” Fownes said.

The Per Incanto gelding was the second highest sale-topper at the 2020 July Sale, with the hammer falling at HK$6 million for the New Zealand-bred.

“He was the one I liked the most and I’m glad we got him, obviously he was a little bit expensive,” the trainer added.

Alexis Badel sealed his fourth double this term and promptly made it a first treble when +2100 shot Ping Hai Bravo charged from off the pace to overhaul the -333.33 favourite Joyful Fortune in the Class 3 Panasonic Thermo Ventilator Handicap (1000m).

“Ping Hai Bravo was a strong chance for me,” Badel said of the John Size-trained galloper, who was stepping down to the minimum distance for the first time.

“When I studied the race, I thought he was going to run well over this trip, and honestly, I was quite confident. After the start, he was travelling so well and when I asked him to pick up, he responded straight away. I was very confident even coming from so far back.”

The in-form Frenchman moved to 14 wins for the term, with five wins from the last three race meetings.

Badel kicked off his three-timer with victory aboard Super Red Dragon, who launched late to grab the Class 4 Panasonic 4K TV Handicap (1200m) at his 17th Hong Kong start – the gelding has finished runner-up five times.

Badel’s second win came when Namjong Sings denied another short-priced favourite, Cheerful Days, in section two of the Class 4 Panasonic Air-Conditioner Handicap (1400m). The runner-up closed off with enough merit to suggest he is a four-year-old with smart potential.

Paul O’Sullivan rolled off the back of his midweek double with another win, grabbing the Class 4 Panasonic Washing Machine Handicap (1600m) with Casimiro, who rolled from last-to-first under apprentice Jerry Chau.

Diamond Rhyme got off the mark and gave trainer Frankie Lor his fourth win since the start of November, with Derek Leung driving for the win in section one of the Class 4 Panasonic Steam Oven Handicap (1400m).

Antoine Hamelin and Dennis Yip combined in the opener, the Class 5 Panasonic Nanoe Handicap (1600m) with Happy Win Win, who grabbed his first Hong Kong win by three quarters of a length.