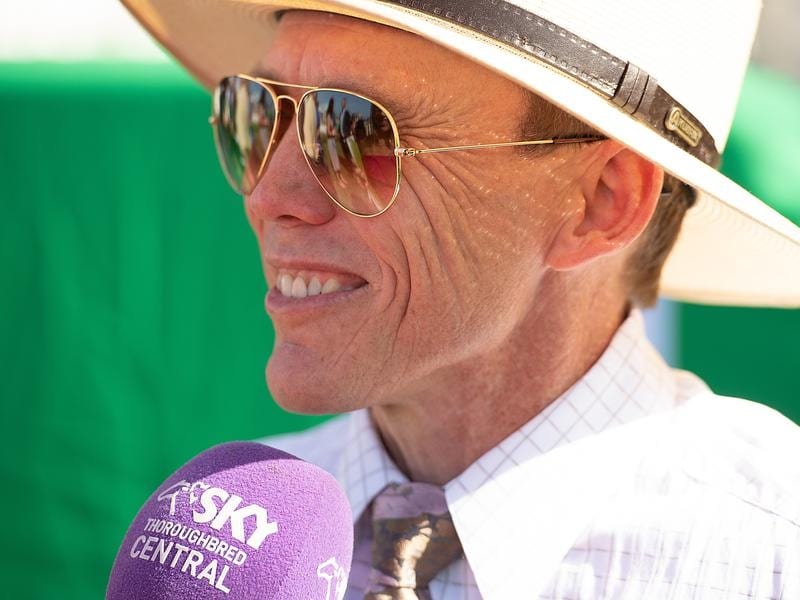 A dashing front-running ride by Damian Browne has helped Boomsara score his first stakes win in the Group Three Vo Rogue Stakes at Doomben which was marred by a mid-race fall.

Favourite Outback Barbie ($2.15) effectively lost her chance in the backwash when Jackson Murphy came off Granny Red Shoes near the 650m.

Murphy was conscious and taken to hospital for precautionary X-rays after complaining of pain in his right hand and leg.

Boomsara won the $150,000 Aquis Jewel and was placed in the Group Two BRC Sires’ Produce Stakes and the Group Three Ken Russell Memorial as two-year-old.

He showed how well he had come back when second to star three-year-old Zoustyle at his previous start.

Trainer Chris Munce is adamant Boomsara can beat much-hyped Victorian Native Soldier and several other leading contenders in the $2 million Magic Millions Guineas in a fortnight.

“It was a month between runs today and he will be improved for the Guineas. I give him a real chance of winning the race.”

Munce won the Magic Millions 2YO Classic three times as a jockey but never won the Guineas.

“He has been terrific for us and his owners who include the McAlpines of Eureka Stud who stand his sire Spirit of Boom,” Munce said.