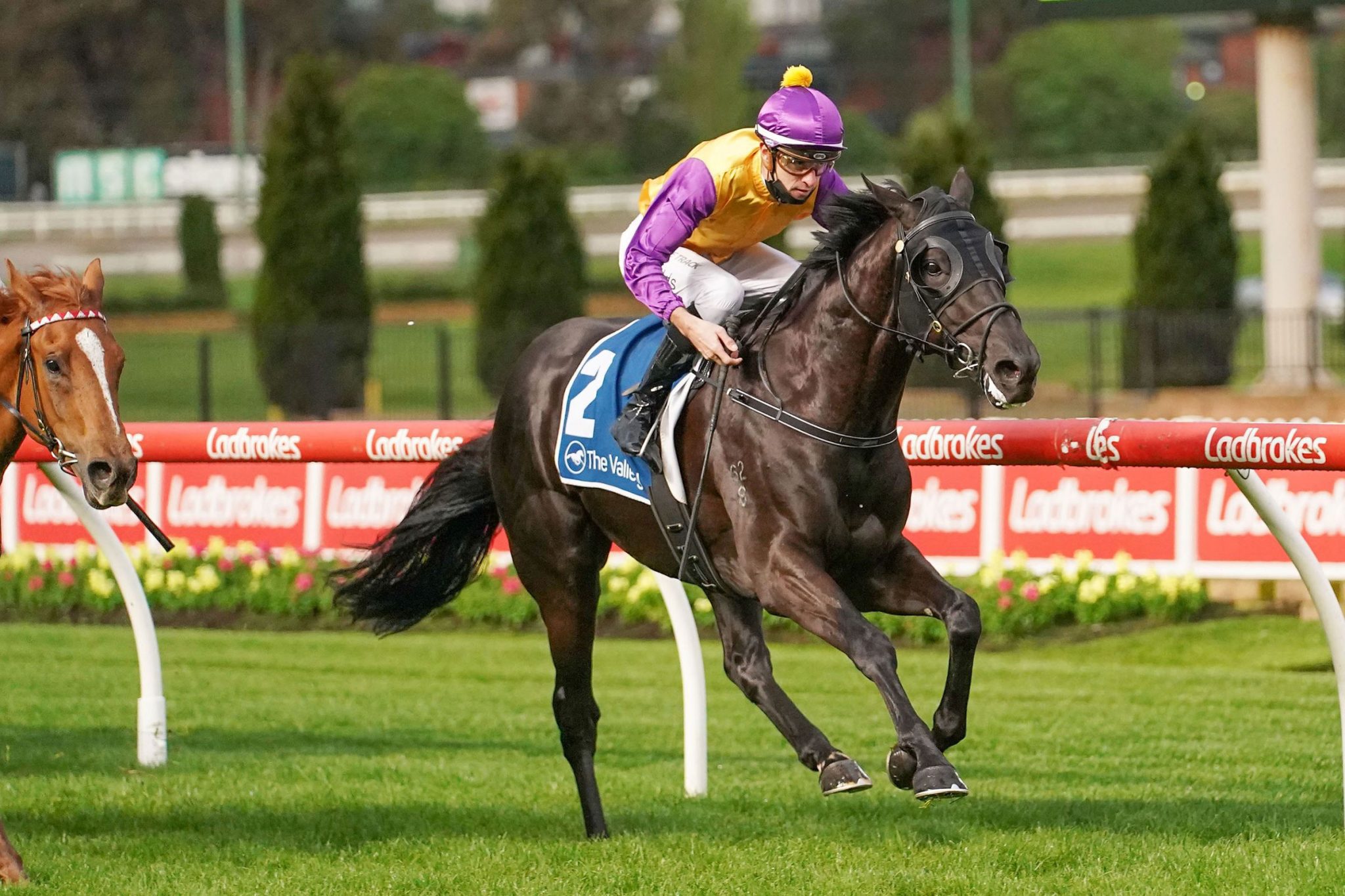 New Zealand trainers David and Emma-Lee Browne’s golden run in Melbourne continued over the weekend when Rhinoceros added another win to their tally at Moonee Valley on Friday, while Border Leicester picked up a meritorious second.

It was the second victory for Rhinoceros after winning his maiden over a mile at Sandown last month and Australian-based David Browne couldn’t have been happier with the three-year-old’s win over 1533m on Friday.

“I was very happy with Rhinoceros’ run,” he said. “He was just a little bit green around the home turn, but he kept kicking when the other horse came to him, he was really good. I couldn’t be more pleased.”

Two races later Border Leicester added another staying placing to his record with a gallant runner-up effort over 3000m.

“I thought Border Leicester went super,” Browne said. “I thought he was going to win there for a second but the other horse was just that bit better than him.

Browne said both horses have come through their races in good order and will back-up in the coming weeks.

“Both horses have bounced through the run really well. They aren’t feeling it too much at the moment, which is great,” he said.

“Border Leicester may race at Warrnambool next Thursday, there is another 3000m race there.

“Rhinoceros will go to a rating 70, three-year-old only, 1600m race at Caulfield which should suit him perfectly.”

Browne is looking forward to heading to Caulfield on Saturday where the in-form Elephant will likely contest the Group 1 Toorak Handicap (1600m).

The son of Shocking has continued his red-hot form in Australia, winning two of his three starts across the Tasman, including the Group 3 Sandown Stakes (1500m), and he finished runner-up in the Group 2 Feehan Stakes (1600m).

“He is probably the best he has been the entire time. He is very fresh and he looks super, I think he will run a good race,” Browne said.

While keen to tackle the Toorak on Saturday, Browne does have a contingency plan if some of the higher rated horses don’t accept. Elephant is the fourth top-rater at 106 in nominations for the feature handicap, which includes Tofane (115), Sierra Sue (111) and Superstorm (108).

“He will run in the Toorak but we have nominated him as well for the weight-for-age (Group 1 Might And Power, 2000m) there just in case some of the top weights don’t go to the Toorak, but by all accounts they should,” he said.