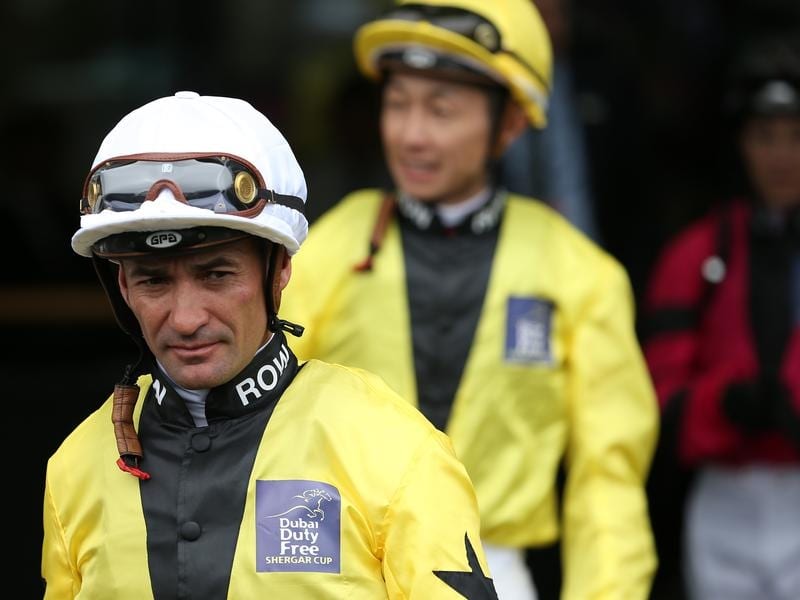 Corey Brown has the runs on the board when it comes to winning Australia’s big races.

He’s won 47 Group One races including two Melbourne Cups, his latest in 2017 on Rekindling.

However Brown will get a little extra satisfaction if he’s able to coax Tom Melbourne over the line in Saturday’s Kennedy Mile at Flemington.

Irish-bred Tom Melbourne came to Australia with big expectations and won four of his first six starts, including the Albury Cup in March 2016.

But that’s where Tom Melbourne’s winning run came to a halt.

In 28 starts since, Tom Melbourne has registered 11 second placings including a narrow defeat to stablemate Shillelagh in the corresponding race last year.

Brown himself has racked up a couple of second placings on Tom Melbourne and says the gelding is his own worst enemy.

“If he learned to relax, which is probably a bit late to be learning now, dropped his head and let you rate him, he’d win a good race.

“He’s been a good money earner for the guys but he’s just one of those frustrating horses.

“You try and help him, but he can’t help himself, but in saying that I wouldn’t mind owning him.”

Tom Melbourne came to Australia and was prepared by Lee and Anthony Freedman but after going winless for almost 12 months was switched to Sydney and Chris Waller.

The widest draw won’t make Brown’s job easy and the jockey would like to see a fast run 1600m on Saturday.

“I wouldn’t mind seeing him get run off his legs and see if he can hit the line better.”

Brown has five rides on Saturday and reunites with the Hawkes Racing-trained Irukandji in the Carbine Club Stakes and Patrick Erin, scratched from Wednesday’s Bendigo Cup because of an elevated temperature, in the Lexus Stakes.

He also partner Invincible Gem in the Empire Rose Stakes and She Knows in the Furphy Sprint.