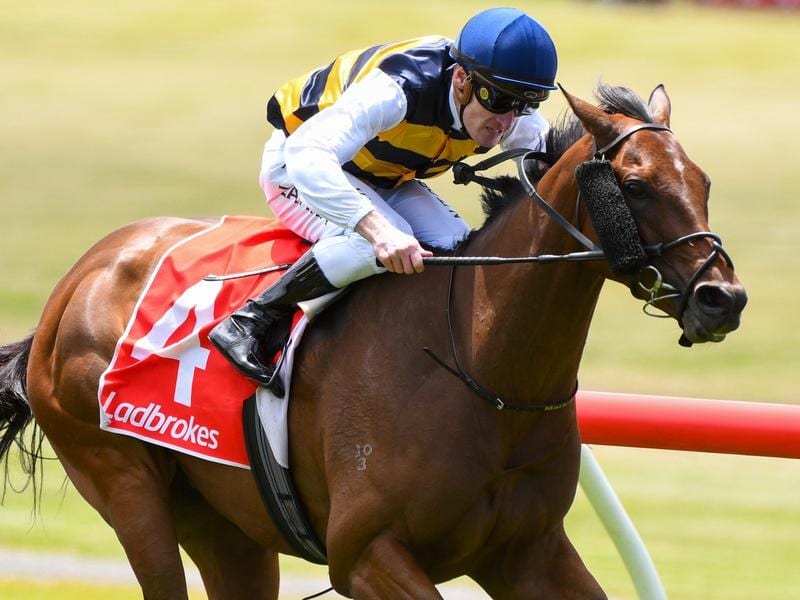 There will be a hint of sibling rivalry in the Sydney Cup with English brothers David and Harry Eustace both having chances to win the time-honoured Group One race at Randwick.

David Eustace trains in partnership with Ciaron Maher in Australia and they operate one of the largest stables in the country with bases in Victoria and Sydney.

Maher and Eustace have Azuro, Yogi and new stable addition Etah James in Saturday’s Sydney Cup (3200m) with the trio all at $26 on Thursday.

The $2.50 favourite is the William Haggas-trained English visitor Young Rascal who won the Manion Cup in the lead-up at Rosehill.

Young Rascal, and stablemate Addeybb who is one of the favourites for Saturday’s Group One Queen Elizabeth Stakes, are being looked after in Sydney by Haggas’ assistant Harry Eustace.

“It will be fun and hopefully one of us can take it,” David Eustace said.

“I’d say Harry has probably got a stronger hand but if Azuro gets the right run he’s a chance, I do think that.

“It will be a good day. It’s a shame I can’t get up there but that’s the way it is at the moment. We’re just thankful we’re racing.”

Eustace and Maher are both in Victoria and will not be at Randwick because of restrictions on racing participants’ interstate movements during the coronavirus pandemic.

Six-year-old Azuro has won three of his five attempts at 3200m, with victories in the Stayer’s Cup, Listed Queensland Cup and Listed Sandown Cup last year.

He was seventh in the Group One Auckland Cup (3200m) last month.

“It was a good run, he just got too far back,” Eustace said.

“He drew wide and we wanted to punch forward but we just couldn’t get into a more forward spot. It was disappointing but it just didn’t really pan out.

“But we’re confident he’ll take a bit of beating.”

Yogi was unplaced in last year’s Sydney Cup but has a win at the distance and heads to the race off an eighth in the Manion Cup and sixth in last Saturday’s Chairman’s Quality (2600m).

Etah James beat Azuro when fourth in the Auckland Cup for trainer and part-owner Mark Lupton before being sent across the Tasman to Maher and Eustace for a Sydney Cup tilt.

“She’s been training well and she trialled up nicely,” Eustace said.

“She came to us pretty fit and right to go.

“We’re grateful to have her in our care for a short time and hopefully she runs well. I’m hopeful she will.”

Eustace rates Young Rascal as the horse to beat.

“I think he’s going to stay and the two miles will be no trouble,” he said.