Brooklyn Ready To Hustle At The Valley 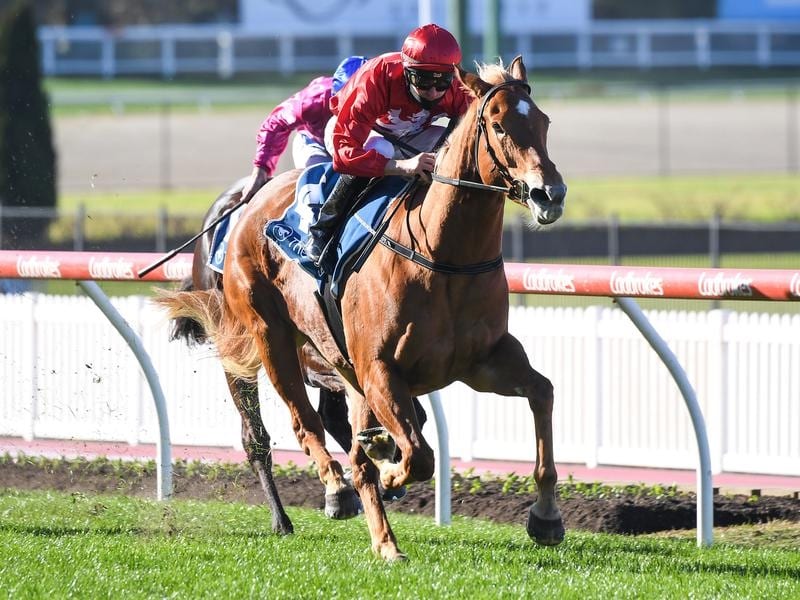 Jason Warren wasn’t surprised by the style of Brooklyn Hustle’s return to racing with her win at The Valley almost three weeks ago, but he was taken with how she recovered.

Brooklyn Hustle will return to the track to run in the Listed Carlyon Stakes (1000m) on Saturday.

Warren was worried her first up win might have taxed her as she had not started since she finished fifth in the Coolmore Stud Stakes in November.

“She had one soft jump out and with the Cranbourne trials not being available to give her a hit-out away from her home track, she went to the races underdone but we knew she was down in class.”

Brooklyn Hustle resumed at The Valley on August 1 in a benchmark race and she sat back and unwound her trademark finishing burst to run away from her rivals, recording the fastest last 400m sectional of the day.

The four-year-old daughter of Starspangledbanner has now had two starts over 1000m at The Valley for her only two wins.

Her other victory came as a two-year-old on debut when she defeated subsequent The Everest winner Yes Yes Yes.

Warren’s only query is how she will handle a wet track if the rain in Melbourne continues.

“She ran in the Coolmore Stud Stakes and Luke Nolen said she didn’t handle the soft seven, but that was a Group One race and she was only beaten four lengths,” Warren said.

“If the track got to a heavy rating I might wait for Caulfield the following week.”

If Brooklyn Hustle continues to race well, Warren will look at targeting the feature sprints at The Valley, such as the Group One Moir and Manikato Stakes.

Warren has also entered into a training partnership with Dean Krongold and they will have their first runners at Warrnambool on Thursday.

Warren said Krongold had been part of his team for a few years and it was the right time to take the next step.

“Racing is seven days a week in Victoria and it’s tiring,” Warren said.

“People want to have a family life and by doing this, this will give me a chance for that. It just makes sense to spread the load.”

The pair will also have La Tigeresa in a benchmark 90 race over 1200m at The Valley.

“She’s going super and she likes the wet,” Warren said.