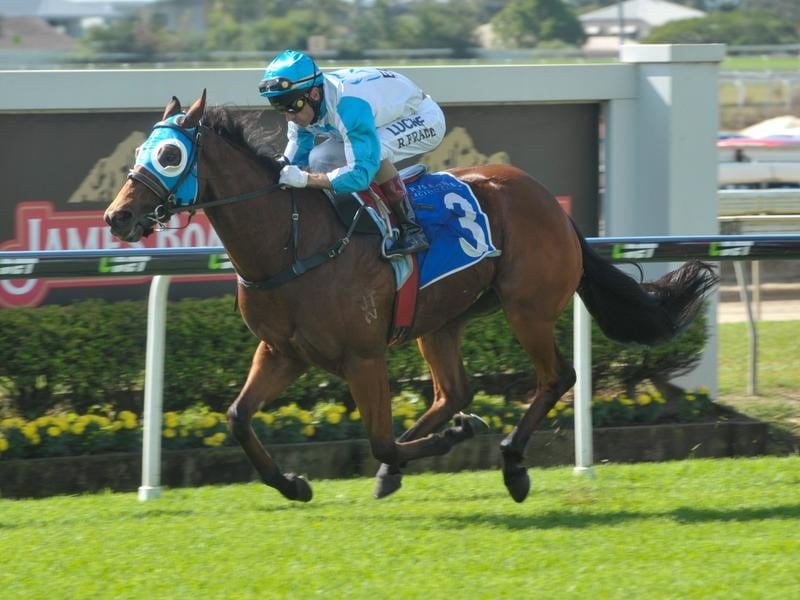 Veteran sprinter Straturbo is enjoying full-time life in the Queensland sun and is ready to break a 19-month winning drought at Doomben.

He hasn’t won since taking the Listed Bribie Handicap at Doomben in December 2016, his second stakes win at the track after the Chief De Beers in May that year.

After Straturbo failed at Rosehill in February, Portelli recommended the now nine-year-old see out his days in Brisbane with premier trainer Tony Gollan.

Straturbo will be having his first start for Gollan in Saturday’s Tim Bell Memorial Open Handicap (1110m).

“He always stayed with us when he came to Brisbane and is a real old gentleman around the stables,” Gollan said.

“He seems to be loving it up here. Straturbo does have a very good Doomben record and Brisbane is his go these days.”

“There is no reason the old boy can’t win a few more races. He has worked well and won a jump-out in handy style recently.”

Gollan won his fifth straight premiership in the season just ended and is keen to keep the momentum going.

He has a big team of runners at Doomben on Saturday and won six trials at the track on Tuesday.