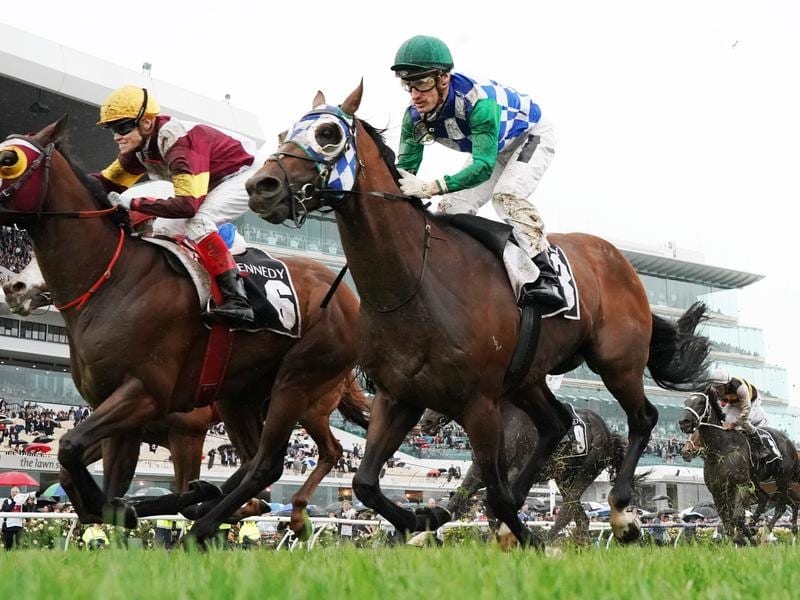 Lindsay Park galloper Fifty Stars will bypass the prize money on offer for The Doncaster to tackle a shorter race at weight-for-age two weeks later.

Fifty Stars has 55kg in Saturday’s $3 million Group 1 handicap over 1600m at Randwick, but the Lindsay Park team are instead eyeing off the Brisbane Winter Carnival with the entire before possible retirement to a New Zealand stud.

Tom Dabernig, who trains Fifty Stars in partnership with Ben Hayes, said the Group 1 All Aged Stakes (1400m) at Randwick on April 24 was their immediate focus before heading north.

The first assignment in Queensland is the Group 2 A D Hollindale Stakes (1800m) at the Gold Coast on May 8 followed by the Group 1 Doomben Cup (2000m) two weeks later.

Dabernig said the team was preparing Fifty Stars to continue his racing career, although there is a potential stud offer in the background.

“I believe there has been a bit of interest for him at stud in New Zealand.

“If something happens there, I’m not sure what is happening, but at the moment it is press on as though he is going to Sydney, en route to Queensland.

“I’m sure the timing allows for him to race in the winter and then go to wherever.”

A winner of 10 of this 31 starts and victorious twice in the Group 1 Australian Cup (2000m), Fifty Stars finished 10th in this year’s edition behind Homesman when chasing a third consecutive win.

Fifty Stars has not raced since finishing eighth to Mugatoo in The All Star Mile (1600m) at The Valley on March 13, a week after his Australian Cup assault.