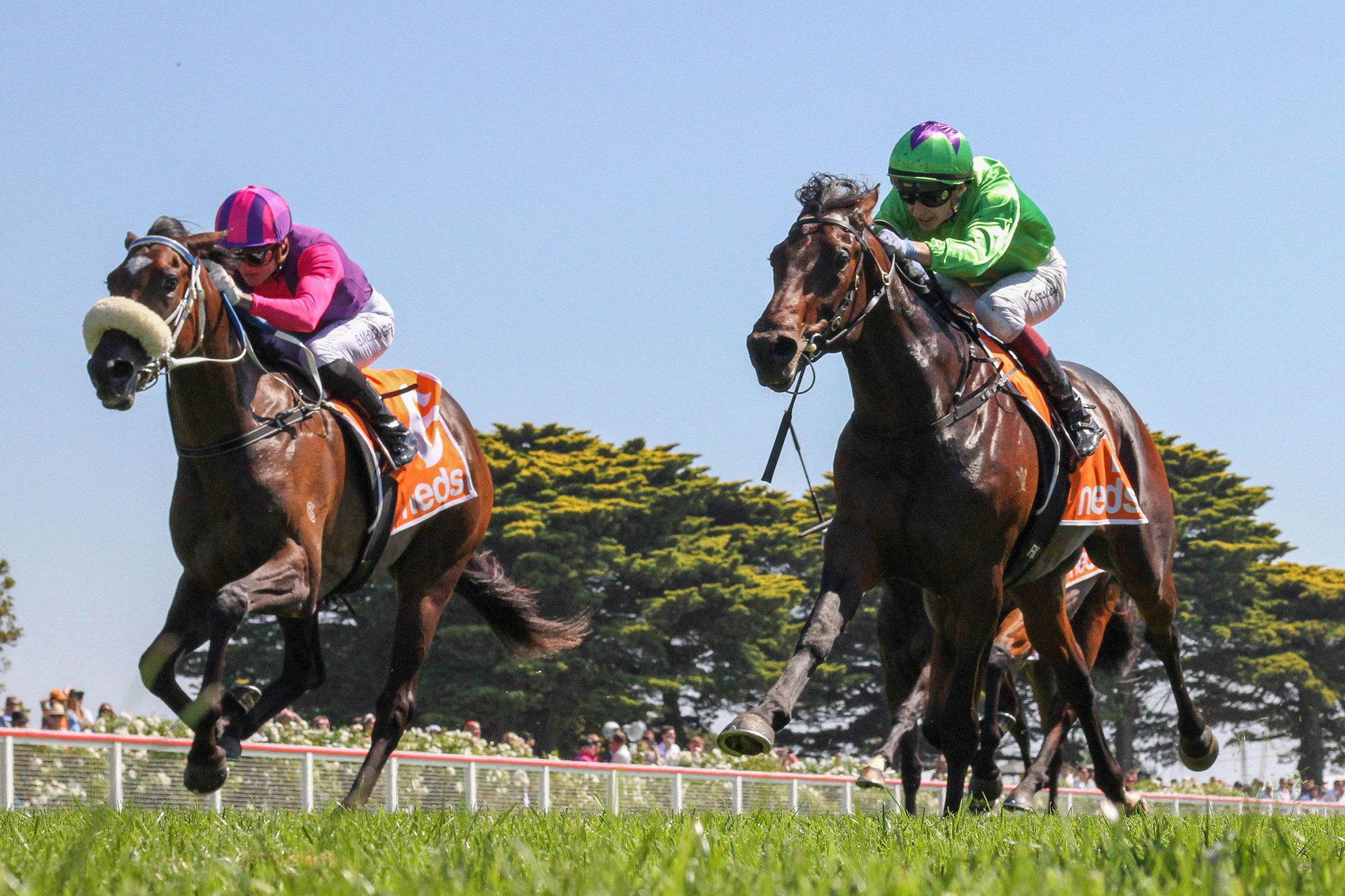 The confidence Kyneton trainer Liam Howley has in Virtuous Circle was vindicated when the two-year-old Almanzor colt relished the step up to 1500m in the AUD$130,000 Cleanaway Sustainability Sires at Mornington on Saturday.

Sent out a +6000 chance on the back of finishing ninth at his first start at Pakenham over 1200m, the quality colt came from last to score under Fred Kersley, narrowly defeating +120 favourite Do It La.

Howley revealed he had been far from disappointed by Virtuous Circle’s effort at the first time of asking and had confidence that the Kiwi bred colt would be suited over further.

“I thought his run was super and he had come on well and I knew he would run well,” he said.

Virtuous Circle dropped back to last from his outside gate and rider Fred Kersley picked up ground along the fence to be in behind the leaders at the top of the straight.

A gap presented soon after, and despite being momentarily held up, the youngster finished off strongly to open his winning account.

Howley has no immediate plans for Virtuous Circle who becomes the fourth Southern Hemisphere winner from the first-crop of his Cambridge Stud-based sire Almanzor, and will assess him in the coming days.

“Today was probably the end of the road, but you never know. We’ll get them home and have a look,” Howley said.

“This bloke has continued to improve and there is no excuse to stop on him. He eats everything in sight, he’s a beautiful mover. We call him Kobe internally as he’s the rockstar of the operation.”

Bred by Diane McDonald and Rob Mulcaster, the colt was offered by Wentwood Grange at the Sydney Classic Yearling Sale where Howley signed the ticket at AUD$360,000 with Andrew Williams Bloodstock and Bevan Smith Bloodstock.

“We went to market to buy the horses we wanted. That was the motto going in early and we’ve had some great support from some great clients.”

Virtuous Circle is a half-brother to last year’s Listed Castletown Stakes (1200m) winner Danger Strykes, with their dam the black-type performer She Is Stryking, who was served last season by Hello Youmzain.

So taken was Howley by Virtuous Circle, he went to AUD$225,000 to secure his full brother at the Gold Coast Yearling Sale earlier this year.

Winning rider Fred Kersley was also impressed by the win and is of the belief the colt will make a lovely three-year-old.

“Last time out at Pakenham he didn’t have a clue what it was about. Today we were forced to go back from the draw. Throughout the run, the tempo was a little stop-start and it made it very difficult for us to find a rhythm. Even though we had the rail, it was tight going for a horse having its second race start,” he said.

A triple Group One winner and European Champion Three-Year-Old in 2016, Almanzor has had 13 runners from his oldest Southern Hemisphere crop, which are just two, with his stock impressing to date with four winners headed by Karaka Million winner and Group One-placed Dynastic.