Breakthrough win for Harvey at Taupo 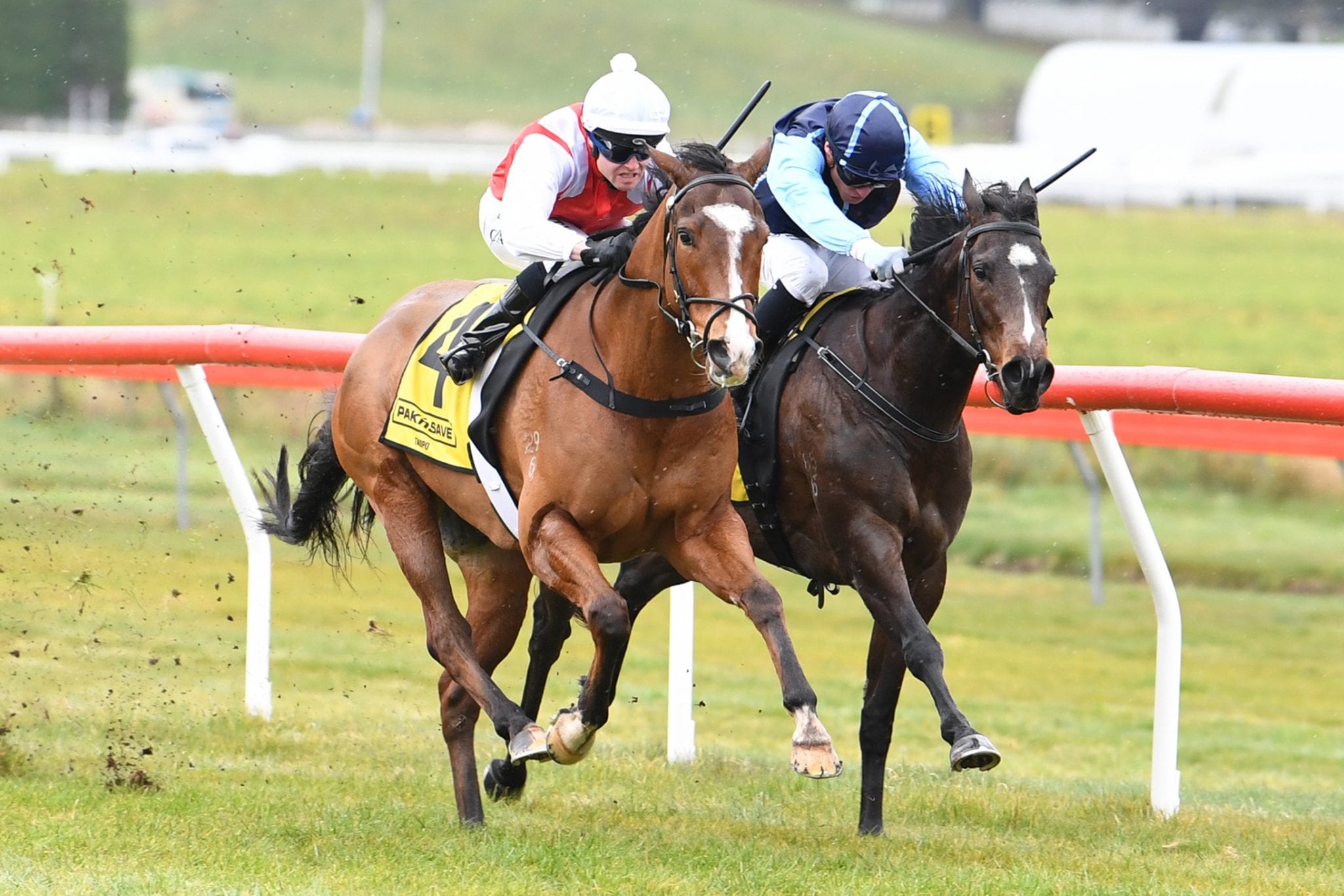 Cambridge trainer Glen Harvey sent out his first raceday winner on Wednesday when Bounty proved too strong in the Te Akau 2019/2020 No 1 Stable 1100m maiden. The 31-year-old horseman was confident of another bold showing from the Darci Brahma four-year-old who had placed on debut and finished a solid fifth at his second start before saluting at third-time of asking under a positive Andrew Calder ride.

“It’s really nice to get that first win out of the way, as it was starting to eat at me a bit,” Harvey said. “It was pretty satisfying and one of my best mates in Andrew Calder rode him and gave him a perfect ride.” Harvey, the son of racing and bloodstock identities Bruce and Maureen Harvey who operate Ascot Farm in Cambridge, has grown up with racing in the blood and part owns the galloper in conjunction with his parents.

“He is one we didn’t pay a lot of money for when we got him off Gavelhouse.com. “We had him sold to Hong Kong for good money but then it fell through. It is a real staying family, with the dam a half-sister to Prized Gem. “In hindsight, we should have gone forward the other day (when fifth) because he is that quick out of the gates. “Since his first trial he has been very quiet and he only does what he has to, but come to raceday and trials he is hard to get past.”

While delighted to train his first raceday winner with just his 16th runner to the races, Harvey was equally excited by a pair of two-year-old trials winners at Te Teko on Tuesday. Sweynesse filly Brix and an unnamed Sacred Falls filly both won their 625m heats for the young trainer, providing plenty of encouragement for the future.

“The trial wins were pretty satisfying,” Harvey said. “Brix is pretty smart and with the Sacred Falls filly, I used her first trial at Rotorua a fortnight ago as a jumpout and told the rider to let her fall out of the gates. Yesterday was still an education and the third trial we will let the handbrake go.”

Harvey is delighted with the wider support he is receiving. “I have 18 horses in work and two that mum and dad own in partnership with me,” Harvey said. “The rest I have had good support with. “We are working hard but it is satisfying when you have a day like yesterday and then today. “It has taken a while to get up and going and get systems in place. Most of the horses we were taking to the races were ones we hadn’t been able to sell but now it is horses that I have purposely gone out and bought.”