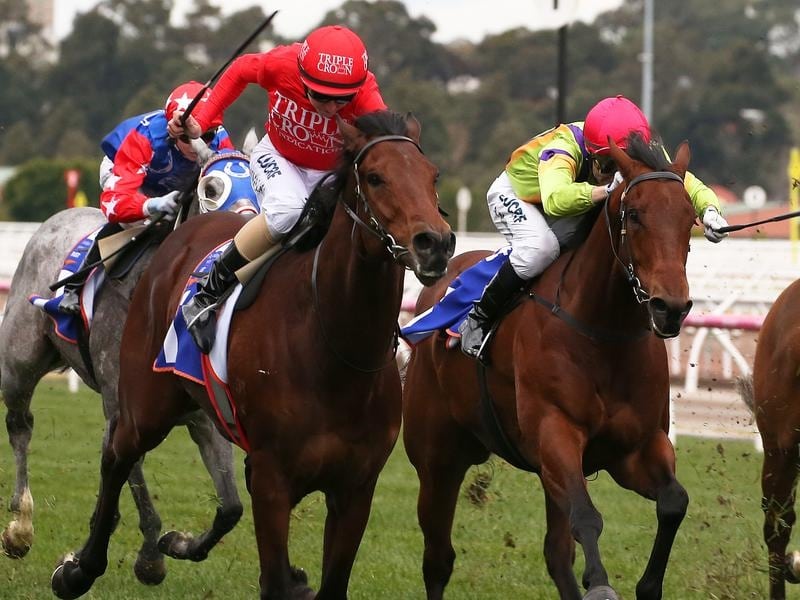 Brave Song has made a winning return at Flemington but trainer Peter Snowden is adamant the gelding is even better than he has shown in the late-season race for three-year-olds.

The stakes-placed Brave Song was resuming from a spell and having his first start in Melbourne in Saturday’s TAB/ATA Trainers’ Trust Handicap (1100m).

To Snowden’s surprise, Brave Song ended up without cover for much of the race in his first attempt on the Flemington straight course which the trainer felt took away from the gelding’s finishing sprint.

But Snowden was still pleased to see Brave Song ($2.80) keep finding under jockey Damian Lane when it mattered to get home by a half-head over Order Of Command with a short-head to Street Tough.

“I was surprised he raced like that because he’s such a relaxed horse,” Snowden, who trains in partnership with his son Paul, said.

“I thought he’d be back with cover and doing no work early.

“He was out facing the breeze and wanting to run through the bridle and I thought ‘this is not good’.

“So to tough it out like he did, the win is probably better than what it looks.”

Snowden had next month’s Group Three Aurie’s Star Handicap over the Flemington straight 1200m in mind for Brave Song but could yet revisit those plans.

“You never saw the best of him today but he still did a good job,” Snowden said.

“There’s a good bit of upside to him and he’s definitely a better horse when he gets cover and switches off.

“He’s got a lethal turn of foot. Certainly the turn of foot I’ve seen from him is up to winning some better-class races.”