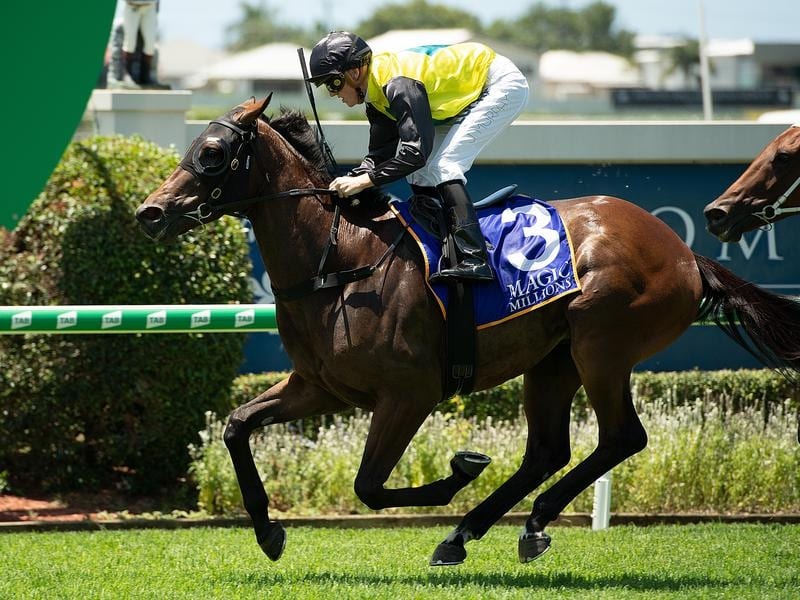 Handy galloper Brains lived up to a recent good trial but surprised even trainer Tony Gollan when he won first-up at Doomben.

Gollan admitted he thought stablemate Ignite The Light was the better of his two runners in the Gold Coast Yearling Sales Handicap (1200m).

Brains had been beaten about two lengths in a strong open company barrier trial three weeks ago.

“I must admit that I didn’t put too much emphasis on the trial even though a lot of people were saying he finished with (top mare) Houtzen in it,” Gollan said.

“They rode Houtzen back in the field that day so I felt the trial was a bit distorted.

“I thought my other horse Ignite The Light was my better chance but he is still trying to get out.”

Gollan believes Brains will be at his best when he gets out to distances of 1600m to 2000m.

“He has come back in great order and I am looking forwqrd to a really good summer with him,” Gollan said.