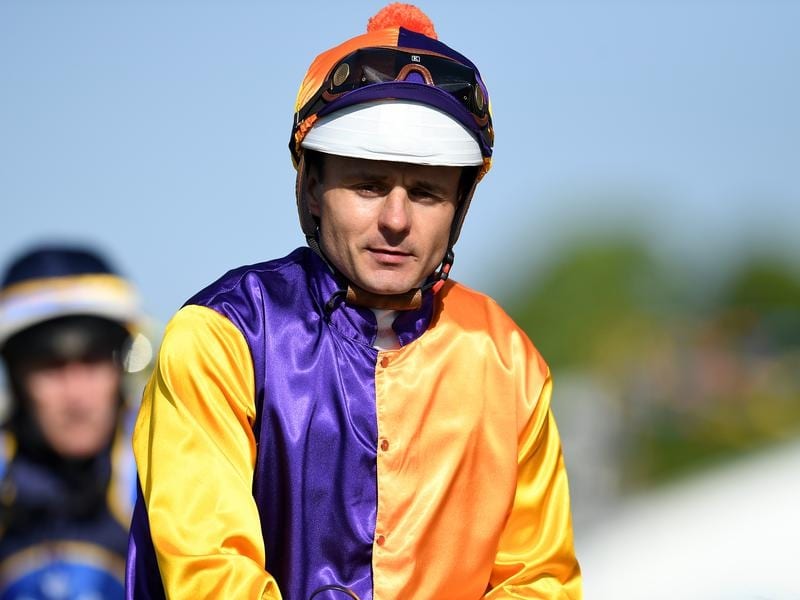 In-form jockey Brad Stewart will turn back the clock when he rides for NSW in the fourth State of Origin series at Doomben.

Stewart has been among Brisbane’s leading jockeys for more than a decade but was born in the northern rivers which makes him eligible for NSW in the series.

NSW was to be represented by Tye Angland and Corey Brown but Angland is in hospital in Hong Kong after a fall on Sunday.

“Tye has been a wonderful ambassador for the Origin series and on behalf of all at Racing Queensland I would like to wish him a full and speedy recovery,” Racing Queensland operating officer Adam Wallish said.

Racing Queensland officials had to hunt far and wide for a replacement because most jockeys now have riding commitments up to two weeks ahead.

The TAB Origin Jockey Series will bring some Australia’s best jockeys to Brisbane over two action-packed days at Doomben on December 7-8.

It will include three Melbourne Cup winners and the riders of almost 200 Group One wins.

Luke Nolen’s Victoria will be out to defend its title with the help of Melbourne Cup-winning jockey Brett Prebble, following the retirement of Clare Lindop earlier this season.

Queensland has stuck solid with Jim Byrne and Matt McGillivray to don the maroon.

Tasmania has its 2017 line up comprising Craig Newitt and Brendon McCoull, as does South Australia with Dwayne Dunn and Jamie Kah.

New Zealand young gun and leading Sydney-based rider Jason Collett has been called up to represent the Kiwis alongside Damian Browne.

This year the series comprises five races across two days (three on Friday, two on Saturday), with enhanced stakes and carefully selected races chosen in an attempt to attract full fields.