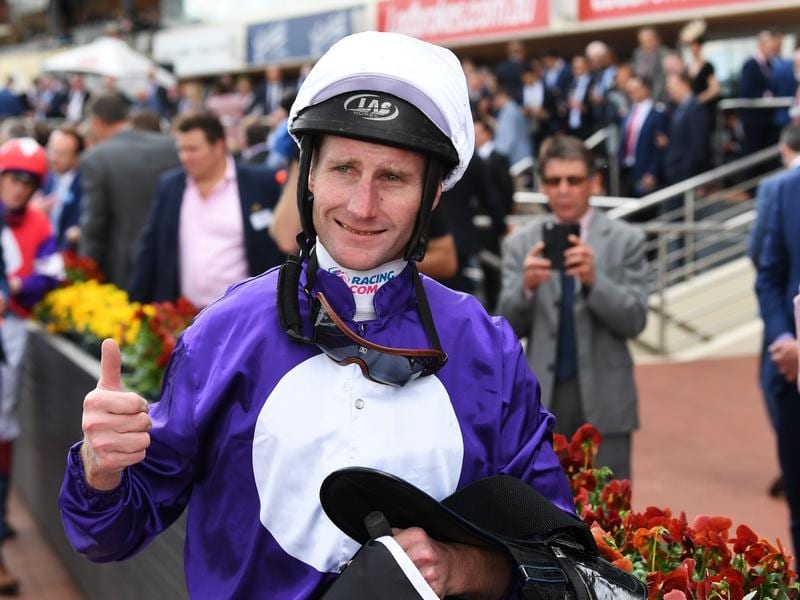 Multiple Group One-winning jockey Brad Rawiller has notched his first winner since returning to the saddle after recovering from injuries suffered in a race fall.

Rawiller fell at Cranbourne in October and his injuries included fractures to two vertebrae in his neck.

He had been booked to ride Godolphin’s Best Of Days in the Blamey Stakes on March 2 but the horse suffered a bleeding attack and was scratched.

Rawiller made his return to the races at Seymour on March 5 while Monday’s Ballarat meeting, in which he was booked for four rides, was his second meeting back.

He steered At Dusk to a front-running victory in a 1400m maiden for Lindsay Park after finishing second on stablemate Sense Of Doubt in his first ride of the day.