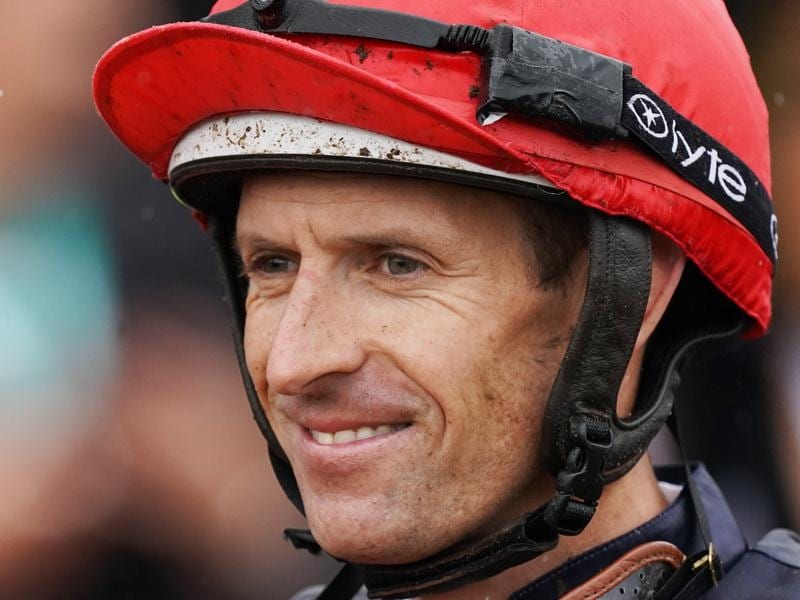 For a few hairy moments last week, Hugh Bowman thought he might be without a Melbourne Cup ride this year.

The champion jockey had been booked to reunite with 2018 runner-up Marmelo until Racing Victoria officials on Wednesday controversially ordered the horse’s withdrawal, saying CT scans showed he was unfit to run.

Bowman was left to lament a missed opportunity, but not for long.

The belated nature of the booking, combined with a busy Derby day at Flemington on Saturday, means Bowman has some homework to do on his mount between now and the Cup.

“I know he’s owned by Team Williams and trained by Joseph O’Brien, so that’s a good starting point,” Bowman said.

Twilight Payment is one of four Cup runners for O’Brien, who this weekend became the youngest trainer to prepare the winner of a Breeders’ Cup race when Iridessa claimed the Filly & Mare Turf at Santa Anita.

A seven-year-old, Twilight Payment will be making his Australian debut but there is no doubting his European credentials.

He relegated stablemate Master Of Reality to third when he won at Leopardstown in May and left fellow Cup contenders Latrobe and Southern France in his wake when successful at The Curragh a month later.

He failed to fire in the Irish St Leger, finishing seventh, but it was a rare flop from the horse who has won or been placed in 19 of his 24 starts.

Twilight Payment has drawn barrier 19 but Bowman suspects his charge has enough tactical speed to nullify his wide gate.

“I think he’s a horse who likes to gallop on forward so it actually might not be as bad as what it looks on first glance,” Bowman said.

“There is plenty of time to get across, we won’t rush him. I’ll just have him where he’s comfortable.”

Twilight Payment is one of three runners for leviathan owner Lloyd Williams, along with Master Of Reality and Latrobe.