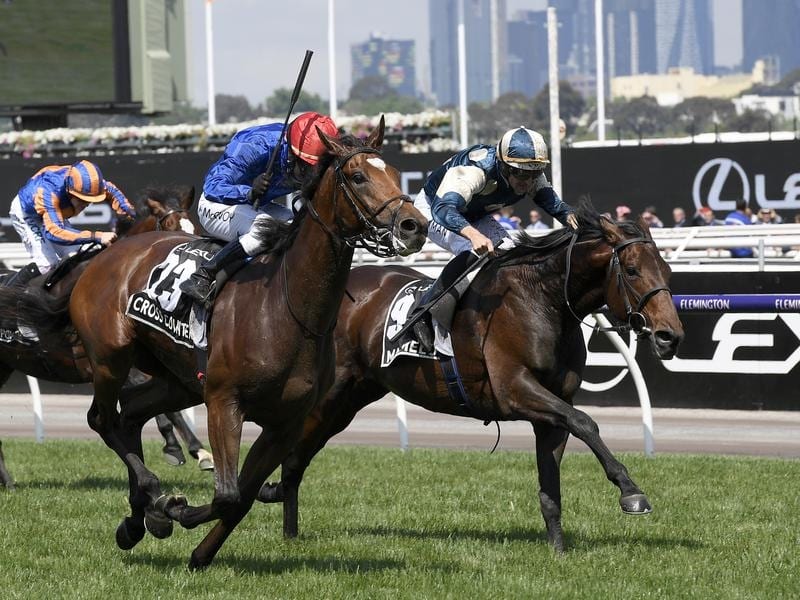 Hugh Bowman is appealing the severity of a one-month suspension incurred for three charges stemming from his ride on Melbourne Cup runner-up Marmelo.

Bowman was charged with careless riding at the 500m mark of Tuesday’s Cup as well as using the whip seven times more than allowed before the 100m mark of the 3200m-race at Flemington.

He was also hit with a ban for weighing in more than 0.5kg over his declared weight on Marmelo, who was beaten by a length by Cross Counter.

Bowman pleaded guilty to the charges and stewards outed him for 12 meetings, eight meetings and 21 meetings respectively for each of the offences and ruled the penalties be served cumulatively.

To avoid making the champion jockey’s suspension “manifestly excessive”, stewards ruled a one calendar month penalty of 35 meetings was appropriate and it concludes on December 8.

Bowman’s appeal against the severity of the penalty will be heard in Melbourne on Tuesday.

As it stands Bowman will miss the start of a scheduled stint in Japan and the chance at back-to-back Japan Cups on November 25, a race he won on Cheval Grand last year.

Bowman’s suspension began on Friday and he has not asked for a stay of proceedings.

He had been due to ride Manikato Stakes winner Brave Smash in Saturday’s Group One VRC Sprint Classic and Irish Derby winner Latrobe in the Group One Mackinnon Stakes.