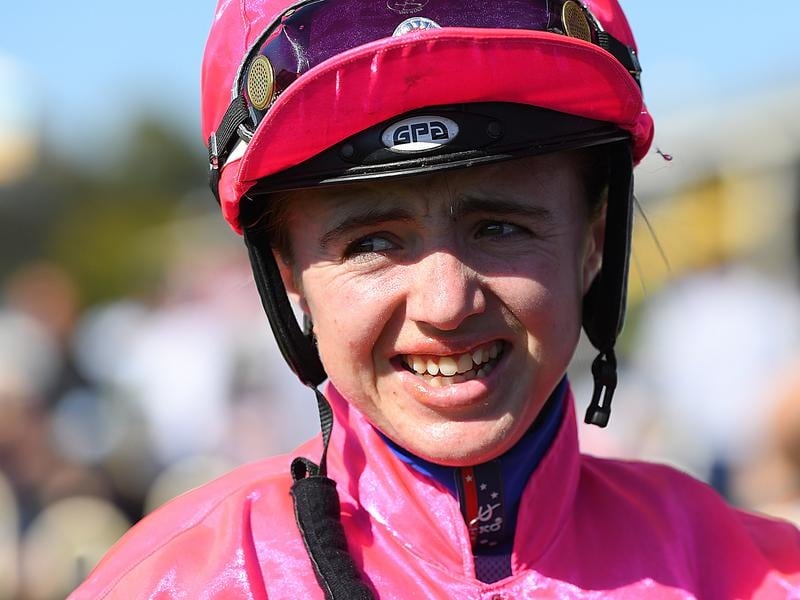 Some strong trackwork and the prospects of a wet track have boosted the chances of well-bred Bowie winning his first middle distance race.

Bowie is by boom sire Iffraaj out of Vicky, making him a half-brother to the Hong Kong Derby winner Ping Hai Star.

Originally trained in New Zealand by Murray Baker and Andrew Forsman, Bowie has been with Caloundra trainer Stuart Kendrick for his past two starts over 1400m and 1600m.

He steps up to 2000m in Saturday’s Madison Cleaning Services Handicap at Doomben.

Kendrick said Bowie was a gross horse who had taken time to get to peak fitness.

“But he has worked strongly over a longer distance at his past two gallops,” Kendrick said.

“I have been waiting to get him out to a middle distance. The prospect of a wet track is also a plus as all seven of his wins have been on wet tracks.”

Apprentice Stephanie Lacey will ride Bowie who will carry 51kg after her three-kilo claim.

“Steph is riding well and with her claim it means we get in with a light weight on a surface to suit him,” he said.

Kendrick has a good history with Bowie’s family because his dam is owned by his clients, the Morton family..

He trained Ping Hai Star when he raced in Queensland under the name Ted.

“I also trained Bowie’s half-sister Neo who was a Stakes horse for us. It would be good to win some races with Bowie as well,” he said.

In an example of the struggling New Zealand racing industry’s low prize money levels, Bowie has won seven races but only $91,000.

Leading jockey Jeff Lloyd has a big opinion of Melbourne-bound Asharani but he will need all skills to win the filly.

Asharani has drawn the outside barrier in Saturday’s QTIS Three-Year-Old Handicap (1200m) for fillies.

Lloyd has announced he will retire this season but one of the reasons he is riding at the moment is to continue his association with trainer David Vandyke’s promising horses.

It has proved a winning formula with Lloyd riding 21 winners for the stable in the past year.

Vandyke also has a big opinion of Asharani who he has set for the Melbourne spring carnival.