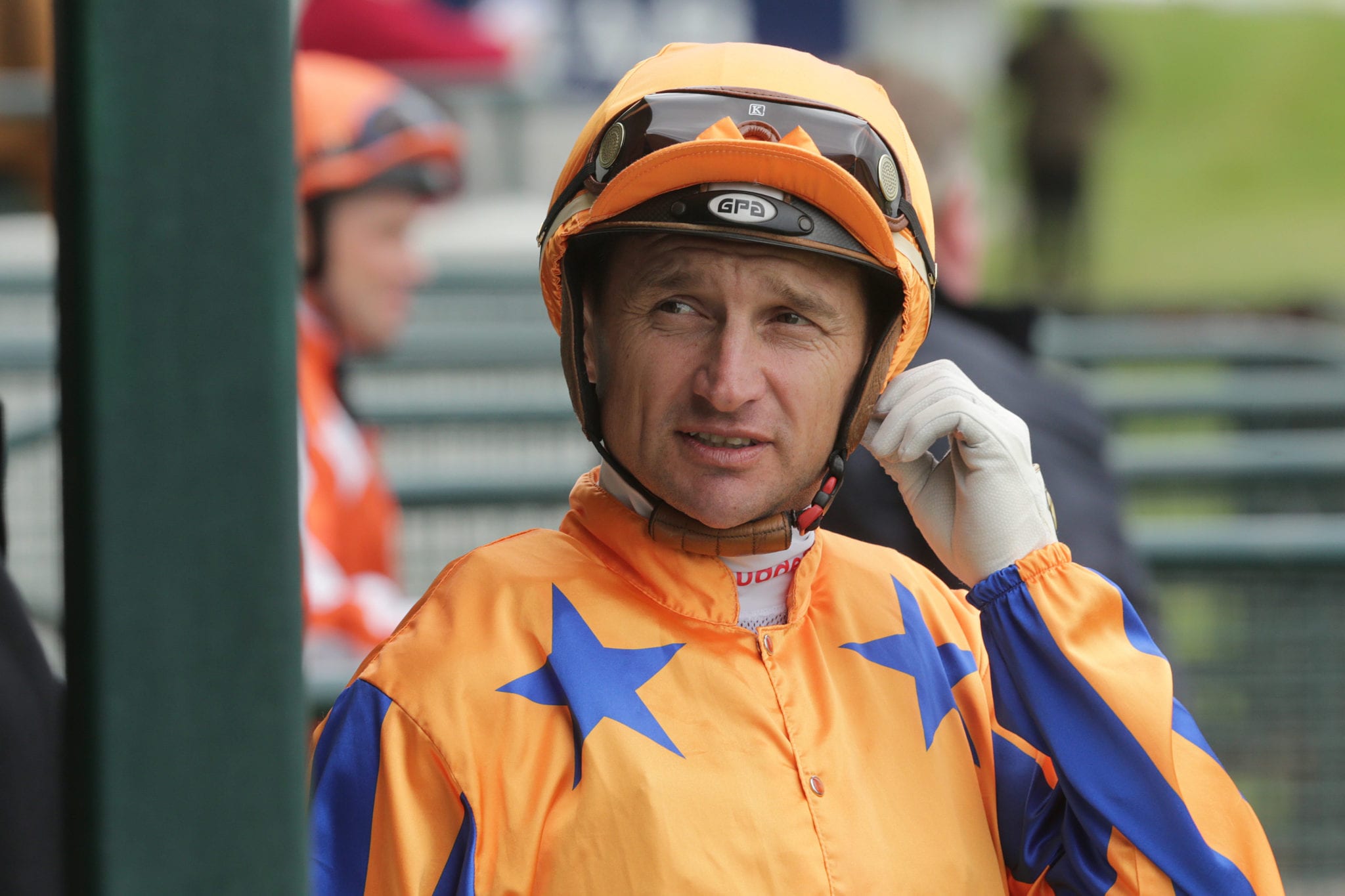 Kiwi jockey Opie Bosson is making the most of his opportunities and fresh from landing the Group 1 Australian Derby (2400m) aboard Quick Thinker at Randwick on Saturday, he is eyeing further riches as the Sydney autumn carnival.

Bosson has ridden 10 Group 1 winners this season alone and is keen to make his time away from his family in New Zealand pay. Bosson positioned Quick Thinker perfectly, forcing some of his key rivals to expend too much energy when working around him early in the Derby, before settling just off the pace. The leading hoop gave credit to countrymen Murray Baker and Andrew Forsman for presenting the son of So You Think with the right fitness base for the gruelling contest.

“It was a good effort,” Bosson said. “He over-raced, he pulled, he hung and did things wrong for pretty much three-quarters of the race. “He didn’t drop the bit until about the half mile and I thought he had probably done too much work to run out the trip. But he knuckled down and he didn’t want to lie down. “You know when you’re on one of Murray’s horses, especially a three-year-old up to a Derby trip, and he says they’re hard fit, you can make quite a long run and they won’t give up on you.”

It was Bosson’s second win in the Australian Derby, having claimed the 2015 edition aboard Baker’s star stayer Mongolian Khan, a thrill Bosson said probably had more meaning given his association with that horse throughout much of his career. “I was associated with Mongolian Khan all the way through,” Bosson said. “But to win any Group One in Australia is just amazing and I like taking the Australian prizemoney home.”

With wife Emily holding the fort at the couple’s Pukekawa sheep and beef farm, in addition to looking after son Max, Bosson will be riding in Sydney for at least the next few weeks. “At this stage I’m here right to the end of the carnival and I’ve picked up a few good rides in the next couple of weeks,” Bosson said. “I can’t do much at home, with the country in lockdown. Emily’s taken over the farm so I I’ll stay here and work. “I have to ride winners to pay for everything she breaks. I have been following her farming exploits via social media. Max fell in a trough yesterday.”

Racing continues throughout the majority of Australia with a number of restrictions in place. “I’m only allowed to ride trackwork on a Tuesday morning and other than that there’s not a hell of a lot more that I do between race meetings,” Bosson said. “I go for a walk and a run every day and that is about it. “Even on raceday they separate all of the riders and I was in a room by myself on Saturday. A few weeks back I shared a room with the English jockey, Tom Marquand. “I believe Hugh Bowman and Tommy Berry shared the media room as their jockeys room. It is quite surreal. The only time I saw the jockeys was when we were out on the track.”

While things went to plan for Quick Thinker, the opposite can be said for star mare Melody Belle, whom Bosson rode into fourth place in Saturday’s Group 1 Doncaster Mile (1600m) after racing wide throughout. “It was a very brave effort,” Bosson said. “I got a terrible run and just had no luck whatsoever.”

The Jamie Richards-trained mare will back-up in this weekend’s Group 1 Queen Elizabeth Stakes (2000m), however, Bosson will partner star stablemate Te Akau Shark when the pair clash in a star- studded field, with Melody Belle to be ridden by Kerrin McEvoy. “It will be a bit weird,” Bosson said. “She’s one of my favourites and has been really good to me. “I wish her all the best and you know she’s a real competitor too. With the right run she’ll be right in it. “They’re two totally different types of horses but there’s not a lot between them. I’ve got a good association with both horses but I’ve always been committed to Te Akau Shark, so that’s why I’ve gone that way but you can’t take anything away from Melody Belle.”

Bosson will also be reunited with Probabeel in the Group 1 Australian Oaks (2400m) after missing the ride in the Group 1 Vinery Stud Stakes (2000m), due to suspension, where she finished a brave second. “Probabeel just wants a better track,” Bosson said. “Apparently we’re meant to get some better weather this week so that should be ideal and back at Randwick should suit her as well. “She’s just thrived since she’s been here, she got home from the races the other day and ate everything, she’s a very happy horse.”

As one of a restricted pool of jockeys riding in metropolitan Sydney at present, Bosson has picked up some quality mounts in the coming weeks. In addition to riding Te Akau Shark and Probabeel this weekend, Bosson will ride Danzdanzdance (Group 1 Coolmore Legacy Stakes, 1600m), In Her Time (Group 2 Sapphire Stakes, 1200m), Hawker Hurricane (Arrowfield 3YO Sprint, 1200m) and Designated (Provincial Championships Final, 1400m).

On Saturday week Bosson is also likely to ride Tofane (Group 1 All Aged Stakes, 1400m), Not An Option (Group 1 Champagne Stakes, 1600m) and Derby winner Quick Thinker (Group 3 Frank Packer Plate, 2000m). “It’s nice to get rides for some of the Australian stables,” Bosson said. “It’s great to get that support, especially given I can’t ride trackwork for them.”

Bosson has enjoyed a bumper season partnering quality horses on both sides of the Tasman. “It’s gone perfectly,” Bosson said. “It started off a little bit slowly, as I always do, but I couldn’t have asked for any better. “I’ve been riding for a great stable in Te Akau Racing and the team has been firing, so let’s just hope it continues.”