Boss goes out on a high despite Spanish Mission flop 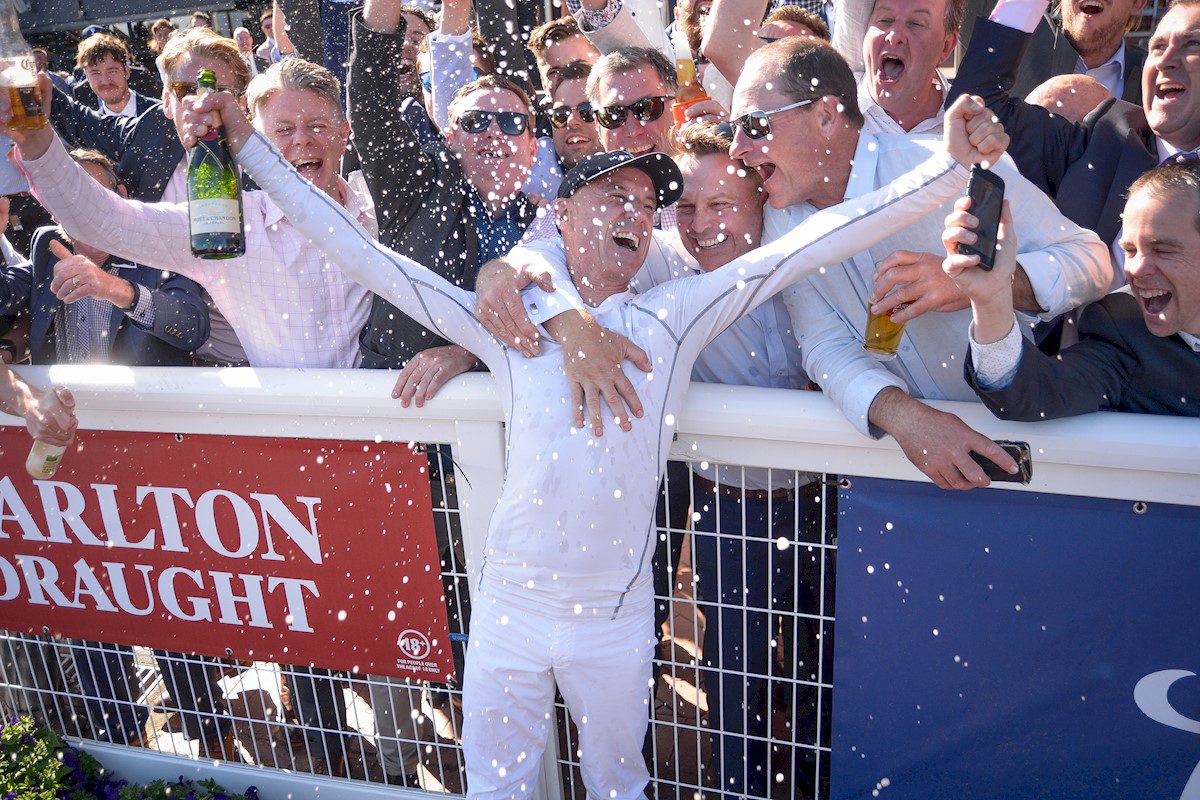 It wasn’t the fairytale finish in the saddle Glen Boss had hoped for on Saturday, but the legendary jockey still bowed out in style at Caulfield.

The 52-year-old hoop announced his retirement from competitive riding on Thursday and jumped aboard Spanish Mission in his final race ride in Saturday’s Group 2 Zipping Classic (2400m) at Caulfield.

The Melbourne Cup third-placegetter was sent out as a -250 favourite in the feature race, but the ex-international was unable to give Boss the farewell he deserved as he failed to sprint in the straight and finished fourth behind Sound.

Boss, a 90-time Group 1 winner, made sure that he still got to celebrate his retirement from the sport, showering racegoers in champagne and some of his clothes.

“What a fitting way to go out,” Boss told Racing.com.

“I gave that horse every possible hope. I got in the zone, I felt good.

“Like I said, the result was not going to define my career. Just being here today, being in front of this Melbourne crowd, having my family here.

“I want to thank everybody; it’s been a wonderful journey.

“It’s been a tough time at times the journey but when you do the scales, the good times far outweigh the bad times. They’re insignificant.

“I feel wonderful honestly. I go out feeling good. I’ve given a good horse a good ride and I couldn’t ask for anymore.”

While Boss experienced some serious thrills in the saddle, including three Melbourne Cup wins, four Cox Plates and two Golden Slippers, he said that Saturday was the greatest day he has ever had on a racetrack.

“It’s the greatest day I’ve ever had on a racetrack, greatest day because it’s my last day,” the jockey told Ladbrokes.

“This is how I wanted to remember my last day at the races.

“I feel that I’ve actually done it right, which is what I always wanted to do throughout my riding career – make sure I did it right.

“Celebrate the right way – I don’t think I left anything out there, that’s why I kept stripping off clothes because I didn’t want to leave any more there.

“They wanted a bit more, so I just kept giving them more.

“I could’ve got done to my jocks, but I thought ‘no, that might step over the line’.

“When they wanted more, I just give them more.”

Boss is now set to work with Ladbrokes in the second phase of his racing career, with his full role yet to be confirmed, and he says he is excited for what the future holds.